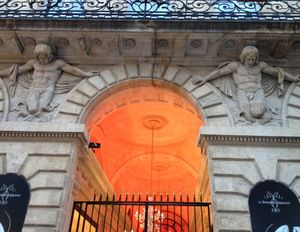 Every two years, every self-respecting wine person (and many who do not respect their good selves) descends on Bordeaux, France, for the biennial Vinexpo.  This year, the relevant dates are June 16-20, 2013, so avoid Bordeaux unless you really need to be there.  Whenever you do go, however, there is only one luxury hotel worth considering, and that is the Grand Hôtel de Bordeaux & Spa, and the gal decided to go and have a look.  Well, the shopping arcade looks exciting.. 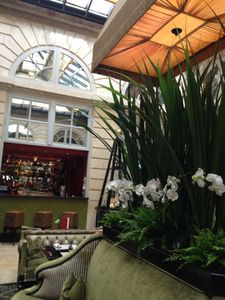 The winter garden, designed by Garcia

And so do all the public areas.  The imposing lobby smacks of history, and so it should.  The original building of what now houses a 150 room hotel is contemporary with the city’s famous Grand-Thêatre Opera House. Enter the hotel to a front lobby, facing Place de la Comédie, to giant curtains and 12-foot tall flower arrangements.  Behind is the central Winter Garden, a glass-topped conservatory where the furnishing says Jacques Garcia, the designer who also did, in Marrakech, La Mamounia and the Selman. 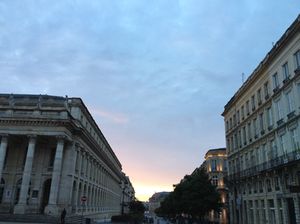 Looking across at the Opera (left) as the sun comes up

The knowledgeable book a suite, for most bedroom space, and facing Pl de la Comédie for the view.  Wake up at sunrise and you see the Théâtre ahead of you.  It was designed by Victor Louis and was prototype for Opéra Garnier in Paris. Bordeaux’s beauty today is home to the Bordeaux National Opera and the Bordeaux National Orchestra, under conductor Kwamé Ryan, and the National Ballet, directed by Charles Jude.  It was here in 1870, by the way, that Victor Hugo said ‘if we do not want any more wars in Europe we must create Europe’.  Wonder what he would think of the disastrous EU which has at least come up with one sensible decision, namely cancelling the ridiculous edict that all olive oil was to be, from January 2014, in tamper-proof, one-use, bottles. 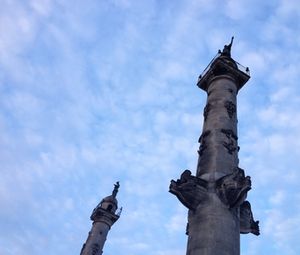 I was, of course, up early, for a run around the area.  Bordeaux’s trams are as long as trains, and totally silent, and they run right through the centre of town, criss-crossing with car routes and pedestrian routes. Statues tower overhead as I make my way, following a tram line, down to the bank of the Gironde river.  Back home, I head up to the hotel’s fifth floor, which houses a ten-room spa and a LifeFitness gym.  You need a lot of exercise after all the drinking that goes on in the entire Bordeaux region – I have read, incidentially, that nearly all the vineyards were ruined by phylloxera 1875 to 1892 and only replanted after grafts on to pest-resistant American roots.  Vive les USA…

The hotel’s outside terrace…

As soon as the sun comes up the hotel’s terrace comes into play.  There is an evening-only fine dining restaurant but, all day and evening long, locals and hotel guests flock to the more-casual Brasserie Le Bordeaux, where the breakfast buffet in its upper, mezzanine, level, is justly famous. The ambience is true Jacques Garcia, namely a little over the top, but who cares?  This is France.  I revel in great local yoghurt and marvellous baguette and really strong coffee. 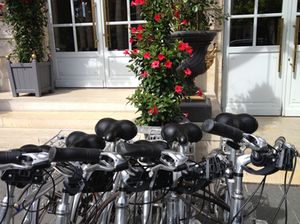 ..and its bikes, ready to join the throng

I wish I were staying longer in this luxury hotel, in a suite looking down into the Place de la Comédie with so much activity going on.  It is beginning to drizzle, and several locals cycle by, holding umbrellas up high.  No-one wears a cycle helmet, by the way, and no-one takes any notice of traffic signals.  What did I say?  This is France…