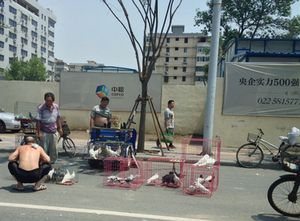 For lovers of birdsong, be in any village (ie up to two million inhabitants) or indeed anywhere in China at weekends. Chinese men of a certain age just love their little pets, which must bode well for the Hong Kong-owned Rosewood London, the one that has live songbirds in black cages by the elevators in the main lobby.   As the gal was driven from her luxury hotel back to Tianjin rail station, we skirted Haihe River. Along a road not named on the map, a bird market was in progress. Men only, please note. 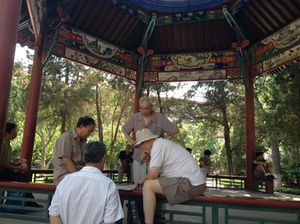 Chess in the park

There are certain hobbies and pastimes that go with gender here. Climbing over the to-come Rosewood Beijing a few days ago, I coincided with the national-standard 12-to-1 lunch break. Littered around the unfinished hotel were men stretched out, sprawled anywhere, sleeping and snoring. The only woman worker was sitting up, alert as anything, doing some embroidery. Back to Tianjin. The pagoda in Victoria Park – named for Queen Victoria’s 50 years as queen (it is now officially called Tianjin Municipal Party Committee Park) – has many uses, from 5.30 a.m. daybreak on. Once I saw men playing chess, while other men were meticulously pruning trees nearby. 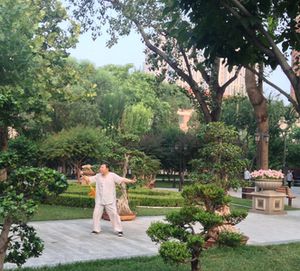 When intrepid merchants and colonialists came here in the 19th century, they too must have been entranced by locals using real swords for their tai chi. The Americans and the Brits were first, setting up their Concessions in 1860, followed over the years by the French and Italians, and finally, in 1902, the Austrian-Hungarian Empire and the Belgians. They all had their areas, establishing their own trading ports. Did the 700-or so total expats all get on? Well, they obviously had to, notably when they (at that time including Herbert Hoover), were besieged by the Chinese Imperial army and Boxers during the Battle of Tientsin, July 13-14, 1900. The eight-nation incoming foreign alliance won this battle, and were able to go on and rescue the expats similarly besieged in Peking, now Beijing. 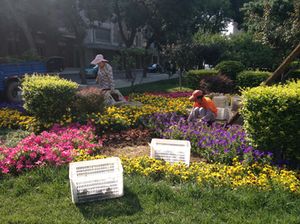 Today it is all peaceful and quiet in Tianjin. It is difficult to imagine that it has over 14 million inhabitants (it is China’s fourth largest city, after Shanghai, Beijing and Guangzhou). Magnificent authentic Concession buildings still stand, and sensibly the city government seems to be extremely strict when it comes to planning permission for new construction. See how Bang & Olufsen, and Starbucks, both in a mixed-use development only one block away from Victoria Park, and thus the two main hotels in town, The Astor, and Ritz-Carlton, blend aesthetically into the history of the city. 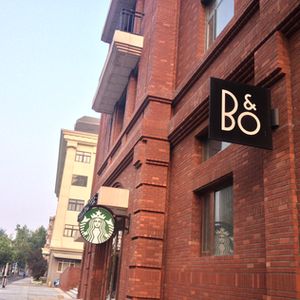 But traditions survive or have been revived. In Concession days, ballroom dancing was a great pastime, as seen on a carved mural in The Astor’s main Victoria Lounge, and on a painting in its superb basement museum, just below its wire-cage, now display-only 1924 elevator, the first Otis in China. Today the hotel hosts an annual masked ball, in full regalia, and every Wednesday evening, year round, there are two sessions of tango dancing. One local tells me that her mother, recently retired, now spends all day long square dancing. People are certainly fit, here. Even the most elegant young lady can be seen cycling, when the weather allows. 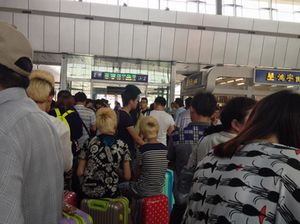 Coiffures at the rail station

It is difficult to generalise but, with the experience of all the 30-odd luxury hotels I have visited on this latest trip to China, everyone does seem to want to keep in shape (Rupert Hoogewerf, of Hurun Report, says that millionaires and billionaires on average spend three hours a week on fitness, led by swimming and golf). Men over 30 or so simply do not live up to the fashion awareness of their women, but the youngsters are getting really into it. See the trio of hairstyles in the line in front of me as I wait to board yet another superb Chinese high-speed train…