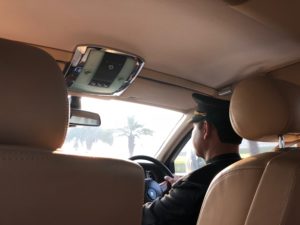 Welcome to India!. After a sensational all-sleeping, after eatin’n’drinkin’, flight from London Heathrow to Delhi, down at Immigration there is confusing efficiency. Separate First and Business lines (but no-one checks) wind their way to the front where, with lots of head-shaking, you are told that e-Visas are right down the far end of the hall. There, way above his competence level, a plump mature moustachioed man with a loose-knot tie knew exactly where to put the stamp – on a passport page already started – and then plonked the stamp on a brand new, unused double-page. Welcome to India! Landside, the luxury Leela Palace hotel’s greeter asked if the flight had been comfortable. In the Rolls (excellent WiFi, no password) the driver asked if everything was comfortable. 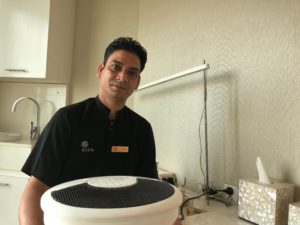 The Leela Palace knows just how to make someone feel absolutely at home after a long and tiring flight. You are in a theatre of lights and flowers – see above.  Every day a staggering 16,000 fresh blooms are used and, the following day, they are given to a company that recycles them into eco-friendly vegetable dyes. Up in suite 940 I found fresh fruit, and juice, and masses of bottles of Evian. Would I like coffee or tea, and if so which (this despite having an espresso machine, albeit tucked away)? The terrace has a plunge pool and it was nicely warm. See the entire suite in the video below. After a much-needed shower I headed down to the ESPA for a superbly professional manicure by Vinod – India’s nail specialists seem to be male, in my experience – and then went to the gym to play Sudoku while on the Technogym joggers. 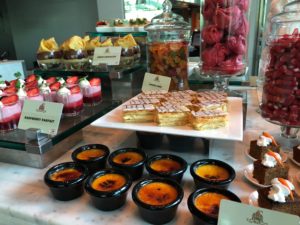 After that it was time for lunch. GM Louis Sailer has come up via F&B and it shows, even at the really beautiful Qube buffet: he has a new Japanese chef for his MEGU restaurant, Masahiro Kinoshita, and a new Italian chef for Le Cirque, Matteo Fontana, and soon he will be rolling out what he says is, thanks also to Executive Chef Adrian Mellor, supremacy in Delhi hotel dining. Get the food right and locals come and if locals come then hotel guests stay in to dine. About 60% of all hotel guests are American and they relate to both Le Cirque and MEGU names, by the way. 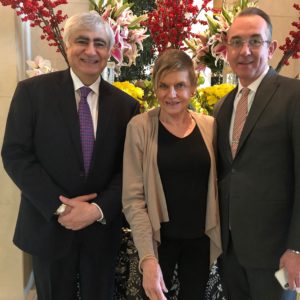 And then Louis Sailer’s boss, The Leela President Rajiv Kaul, called by, and, although it was rather like ships that pass in the night, we were able to exchange a few words about this luxury hotel, and luxury in general. According to Louis Sailer, who does understand luxury, two key words are authenticity and detail. To make sure that all his team understand the former, he interviews everyone, even dishwashers, before hiring (do they smile and it is genuine), and to ensure the latter, every summer every one of the 254 rooms and suites in this 2011-vintage hotel is minutely stripped, botoxed and made, yet again, as good as new. AND NOW SEE SUITE 940