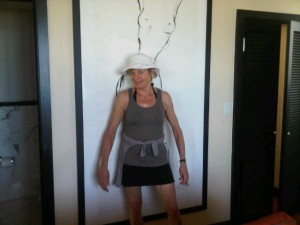 Covering up a silhouette nude in South Beach

Jacques Garcia’s interiors for the Victor on Miami South Beach – the hotel that is metamorphosing into Thompson Ocean Drive – will disappear.

Wonder what will happen to the full-size nude he put on one wall of the front penthouse? The gal stood in front of it, for modesty’s sake. 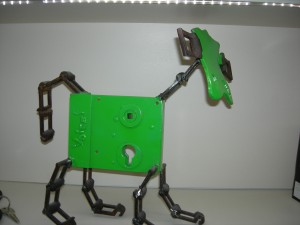 It started her thinking about wall decorations.  Take Stoke Park, 350 acres of land near Heathrow, England, that happens to have an 18th century James Wyatt ‘architectural cloche’ plonked in the middle of it.

Today’s owners, the King family, have cleverly put on a separate three-floor wing to bring it up to date.  This new block, known as the Pavilion, includes a 75-foot swimming pool and three indoor tennis courts, and some bedrooms. Room 102 has a wall of shelves with funny, original sculptures made of recycled what-nots. 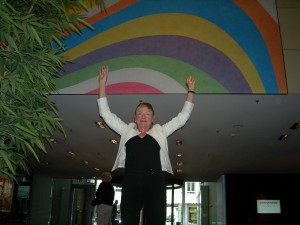 'Holding up' a Sol LeWitt, Zurich

Goldfinger and Tomorrow Never Dies were both partly shot at Stoke Park. When they do a James Bond party it is – fun.  But then life is – fun.  Say it yesterday, say it today and say it tomorrow. When art makes you smile, the whole world smiles with you.

My first thought of Park Hyatt Zurich is the 540 sq ft wall of Sol LeWitt swirl above the inside of its front entrance. This is the hotel, by the way, where you are checked in by agents who offer real Montblancs, for which they are responsible.

Detour for a second. The Observatory in Sydney used to have real Montblancs, on the desk, for you to use. Closed circuit television was supposed to watch over them.  Fairmont Vier Jahreszeiten in Hamburg has two Montblancs on its front desk. Gold chains, permanently attached, are supposed to keep them in place. 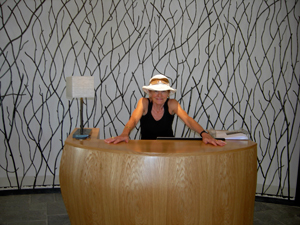 The front desk of Westin Costa Navarino, near Messinia in the southwest Peloponnese, is part of Costa Navarino, the biggest success story of Greece in the 21st century.  It was the vision of Achilles Constantakopoulos and his late father, The Captain, and Achilles is now continuing to take it on.

The whole thing is 2,500 acres, with lots of coast line and a master plan by Sasaki, who also helped conceive Costa Smeralda on Sardinia.

There is golf galore, including the Bernhard Langer-designed The Dunes course, and amazing spa facilities and a kids’ club where the little darlings (or as Lady Gaga says, the little monsters) can stay over.

I stayed in the first resort to open, The Romanos, a Luxury Collection Resort, and was actually on hand to try the Westin’s front desk just before its first guest checked in. The wall’s tree-outline silhouette pattern, by the way, is part of the overall interior by Maria Vafiadis. 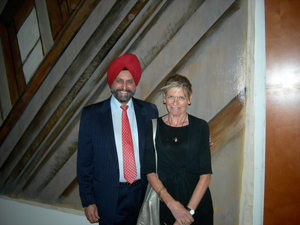 Designer Thierry Despont has transformed the historic 1905 Lambs Club building on West 44th Street (the Club was founded by Charles Lamb in 1874 and it had such greats as Fred Astaire, Irving Berlin, John Barrymore and WC Fields as members – the original dining room is still called The Lambs Club). 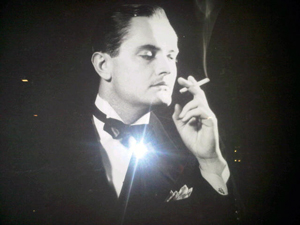 Chatwal is boss of Hampshire Hotels & Resorts and he is also doing lots of Dream and Night hotels (yesterday he announced 52 in India).

Claridge’s, on London’s Brook Street, oozes luxury just as it is, without the need for a capital L. My suite, 216, had several black and white photographs on its walls, including a considerably-louche guy in baggy suite with the cigarette that was pretty much uniform for the time.  Why does Claridge’s symbolize luxury? Wait for tomorrow…