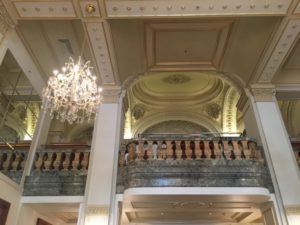 Part of the stunning lobby

The Imperial has a unique place in Vienna’s story. Music lovers appreciate having the Musikverein concert hall two minutes’ away, to the south. Outside, the hotel is one of the most gorgeous of all Vienna’s 19th century sculptured buildings (in its case, 1867-vintage). Inside, it has the equivalent of the Mona Lisa’s eyes. Just as they follow you when you walk from one side to another of Leonardo’s painting, when you come to Franz Xavier Winterhalter’s full-height portrait of Kaiser Franz Joseph I, his left foot, on your right as you finish climbing 72 red-carpeted stairs from this luxury hotel’s magnificent lobby, appears to swing around with you. Back in The Imperial after a gap of six years, the gal could not wait to get back up to see ‘that foot’. 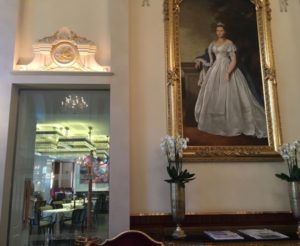 Looking from the lobby to the Café

But before that, first-time and regular guests have to admire the glory of this re-done hotel, now owned by Dubai-based Khaleef Habtoor. Given the top award at the first HOTCO Eastern Europe and Caucasus conference in January 2018 (in Budapest, where the event was held), he owns both the InterContinental Budapest and the Ritz-Carlton Budapest. He had been a regular guest at The Imperial here in Vienna, so when the chance came he bought it, and his company, Al Habtoor, has since spent a lot of money making it even more beautiful. Look at The Imperial’s lobby, the sumptuous gilding, the marble floors. No wonder big names in the past loved staying here. Outside the front door on Kärtner Ring there is a plaque, dated 1933, to Richard Wagner, 1813-1883. 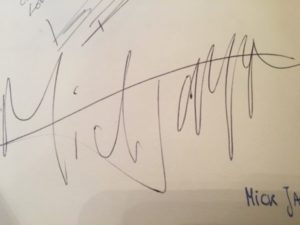 Treasured inside are the hotel’s leather-bound golden books, which record comments from previous guests from Walt Disney to Sir Mick Jagger, and a host of Royals. Yes, this is a hotel that is full of activity. GM Mario Habicher told me that the hotel partners with Bösendorfer pianos, and concerts coming up include Italian Rodolfo Leone, playing Beethoven on Tuesday October 3rd, 2017 – it was only this June that he won the 15th International Beethoven Piano Competition, right here in Vienna. Habicher also arranges jazz nights, Fridays from 8.30 p.m., free entry. Coming up in October are hot blues and cool drinks with Hot Rod, October 6th, 2017, and the following month Renate Reich sings jazz around the world, November 3rd, 2017, with the Diknu Schneeberger trio playing gypsy jazz two weeks later. 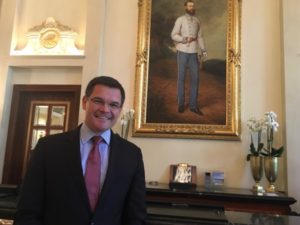 When I was last here I was told that Niki Lauda is a regular at breakfast, and Mario Habicher says he still is, nearly every day – next time I must come to breakfast! This visit I was lunching, outside on the summer terrace, watching passers-by on Kärtner Ring as I sampled a tasty platter of gravadlax and smoked salmons with masses of horseradish cream. Come back in the evening, urged Mario Habicher, and try the luxury hotel’s real gourmet-level food – its 30-seat dinner-only Restaurant OPUS, under chef Stefan Speiser, has a Michelin star. Food, and music, makes this a venue with a very special ambience. Watch this space.  MEANWHILE, WATCH THIS VIDEO OF RODOLFO LEONE, PLAYING HERE ON OCTOBER 3RD