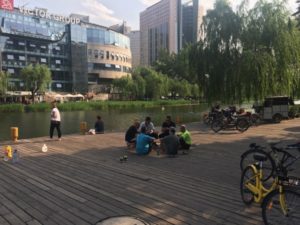 Kempinski Hotel Beijing Lufthansa Center is one of the Chinese capital’s most venerable luxury hotels, a 1992 icon that is owned by Beijing Tourism Group, plus Daewoo, from Korea; Lufthansa, from Germany; Kempinski, headquartered in Switzerland, and a private investor from Hong Kong. Since its start, this giant complex has seemed like a self-sufficient town, with memorable surroundings. Walk out of the rear to the narrow Liang Ma River and you find ancient locals fishing, chatting, even swimming – they come by China’s distinctive square-box ‘mobility vehicles’, or by pickup-anywhere QR code-activated bicycles. This is their daily routine, the Beijing equivalent, says the gal, of Shanghai’s kite-flying on The Bund. 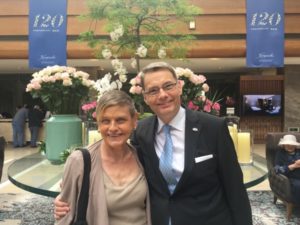 Inside, the 540-room hotel sees average length of stay of 1.4 nights. German GM Torsten Dressler and his right-hand man, Norwegian Andreas Magnus, are continually meeting and greeting as 60% of business is repeats. At the moment, too, Mr D finds he is having to make on-the-spot decisions, nonstop. The hotel is going through a complete new-look (‘I never knew I could decide something so quickly’, he confesses). The exciting thing for me, personally, is that the designer is Ian Carr of HBA – he did such a brilliant job with Niccolo Hotel Chengdu, it does seem that this is one designer, in a small list that also includes Alexandra Champalimaud, André Fu, Pierre-Yves Rochon and Yabu Pushelberg, who really understand what the customer, rather than the designer, wants. 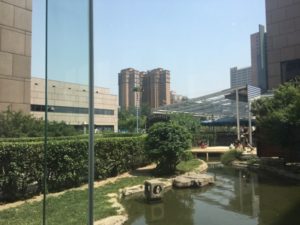 Paulaner flows out to the garden

Fortunately, although five floors of the 18-floor hotel are completely out right now (and that includes all the suites), most restaurants continue to operate – Via Roma has a new chef, Andrea Rumere, from Turin. The one outlet that is being redone will re-emerge as Signatures: until then, breakfast is being served in the Paulaner Microbrewery, which of course is as popular as ever, and its summer-only outside terrace is currently being extended to allow even more, later in the day, to try German sausages and massive plates of mixed meats, to be washed down with the 20,000 litres of light and dark beer that the brewmaster produces every month. 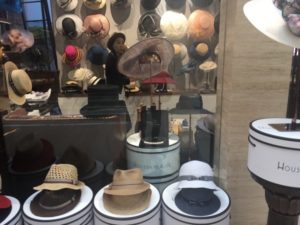 Torsten Dressler never wastes a minute. He showed me a six-foot iridescent glass sculpture of Antoine de Saint-Exupéry’s Little Prince, by a local sculptor. He rushed me into a fabulous hat shop, Houston & Alice, which I gather does as much excellent trade selling to Beijing’s fashion-conscious guys as to the gals. No, it is not called after two Texan cities but it is named for its owners, Houston Wu Chuan, a seasoned local events planner, and skilled milliner Alice – and Houston told me later that he is shortly off to London, with his lawyer, to look at suitable sites to open there.  As I left this luxury hotel, by the way, the iPad on the seatback in front of me started playing a video showing one of Kempinski’s celebrated ‘ladies in red’ lobby ambassadors thanking me, personally by name, for coming. THAT was a first!