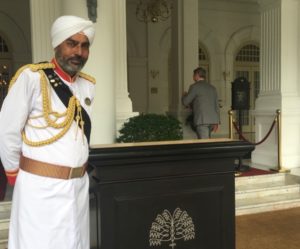 On one side of Singapore’s Beach Road, the 2015-vintage South Beach has undergone a highly successful transformation into J.W. Marriott Singapore South Beach. With the exception of a certain simplification of the unnecessary, there has been no design change to the Philippe Starck concept there. Immediately across the road on the other side of Beach Road, however, a serious operation will start, this very next week, Monday February 13th, 2017, on the iconic Raffles, which dates back to 1887. The owners, Katara Holding, are, says the gal, going to spend more than a small fortune on tweaking it without spoiling the hotel’s DNA. 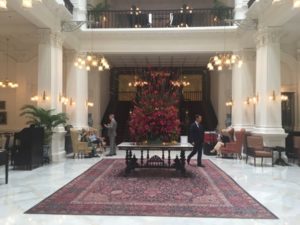 I had to go for a last visit, although for the next few months some building work will go on but the hotel will continue to operate. The doorman will be one of the few visible employees retained when the entire complex closes, December 2017, for six months – he will be doing duty outside the hotel’s own gift shop, the sole outlet to remain open then. On this nostalgic visit I went for a last look at the current lobby. As of mid-2018, you will go into a lobby that has a proper lounge, for afternoon tea, to both left and right, with the Authors’ Lounge behind you as you enter, where now you see front desk (that will move to the far end of the lobby). 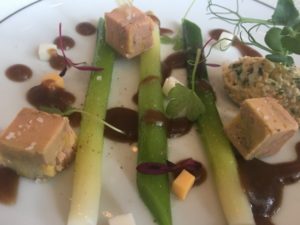 Alexandra Champalimaud is doing the entire design, and knowing what she has done for The Gainsborough in Bath, Claridge’s in London and The Pierre, New York, it will be memorably divine. As Raffles’ GM, Simon Hirst, says, many regular guests are urging him not to change a thing. While the hotel will continue to have 103 rooms and suites, it does sound as if the very-dark stall-like smaller suites will, thankfully, be considerably brightened and lightened. There will be a proper spa, open to the street with only a 20 yards’ walk for hotel guests, which means outsiders can use the spa – and the existing tiny gym will become three times the size. 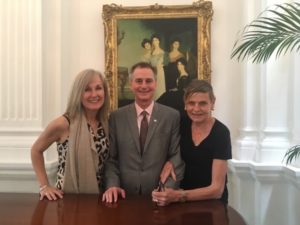 The biggest difference will probably be food, drinks and entertainment. The ballroom will be expanded, from 200-diners at most to about 350, which is great for the 250 weddings the hotel hosts each year. Various bars will add food, the steak house will continue, the Italian will add Mediterranean tapas, Tiffin might be tweaked. Now what will happen to the Grill, where we lunched, surrounded by serious-suited businessmen, yes, all men and with a lot of Japanese among their number? It is actually jolly good value, S$48 for two courses. I started with an artwork of baby leek with foie gras terrine, went on to a rainbow trout square with baby vegetables. On my way out of this legendary luxury hotel I ran into Belmond’s Maria Kuhn, about to take the Eastern & Oriental train north to Bangkok. As I say so many times, you never know who you will encounter in the best hotels in the world.