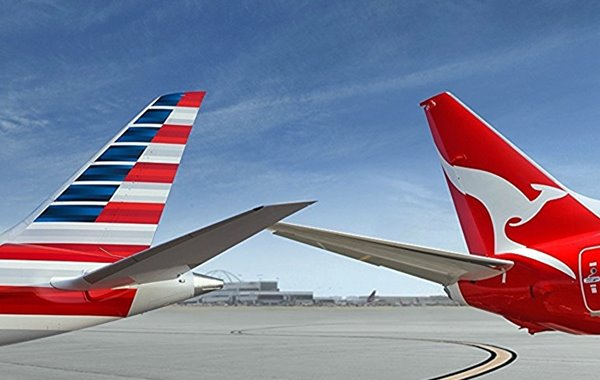 Qantas‘ proposed Joint Business Agreement (JBA) with American Airlines is being put through the wringer by the US transport regulator which has now sought additional information on the partnership after finalising its initial analysis of the venture.

The arrangement between Qantas and American Airlines incorporates elements including an expanded codeshare relationship, lounge access and frequent flyer agreements.

In February, the Australian and US airlines submitted papers to the Trump Administration’s US Department of Transportation (DOT) seeking a wide-ranging JBA on routes between Australia and New Zealand and the United States and antitrust immunity. An earlier application for a planned joint venture had been knocked back by the Obama Administration a number of years ago due to competition concerns.

In their latest request, Qantas and American Airlines said, “The Proposed JBA will generate significant consumer
benefits not achievable through other means and does not result in any lessening of competition.”

In last week’s review, the US transport watchdog said it required further information “to evaluate the Joint Applicants’ claims that their immunised joint business will deliver the public benefits claimed in this application”.

Specifically, the transportation watchdog said it needed: specific levels of service that the proposed joint business would provide; the extent to which antitrust immunity is necessary to achieve these benefits; discussion of codeshare plans; clarification on revenue share methodology and potential enhancements in yield management practices under a potential immunised joint venture; further explanation of expected consumer benefits; and financial performance data for existing flights.

Among the DOT’s wide-ranging concerns are the methodology used for certain elements were based on “peak month market sizes and demands” and to further detail how more seats will be sold in “lower fare classes for connecting itineraries”.

Within the 18-page document, Qantas and American were also called on to explain the “commercial basis for the argument that American and Qantas must have limited codesharing on transpacific flights in the absence of antitrust immunity”.

“When the additional evidence requested has been submitted, we expect to have all the necessary elements to determine that the record is substantially complete and to establish a procedural schedule,” the DOT indicated.