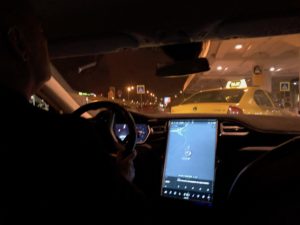 Arrive in a Tesla

This hotel has had a plane hanging in its main ten-floor open atrium – see above – since it opened as the Atrium Hyatt in 1982. In 2006 the hotel was re-positioned, under GM René Angoujard, as Sofitel. Now, in 2019, it is the first thing that catches the eye as you enter the hotel (the sensible will have booked the hotel’s Tesla car to pick them up from the airport).  The plane is said to be a model of the first to fly out of Budapest after the city’s WWII Siege, although it looks nothing like the Lisunov Li-2 HA-LIQ that is today displayed in the city’s Aeropark Aircraft Museum. Yes, says the gal, this is a luxury hotel that may not have history itself but is a reminder of some of Hungary’s past. 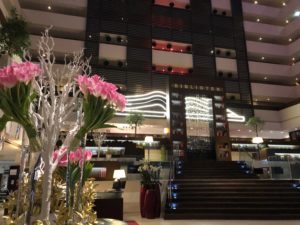 For the record, the Battle, or Siege, of Budapest, was a 50-day encirclement by Soviet forces, from December 26th, 1944, and ended, after surrender, as a strategic victory for the then Allies. I arrived mid-evening.  Oh, we have been waiting for you, smiled a cheerful young woman on front desk – all the reviews I have read mention the friendly service. Corner suite 620 must be one of the most desirable in the entire 350-room hotel.  Even in the dark I can see I have views across the Danube to Buda, with its castle atop the hill. Slightly to my right is the Széchenyi Chain Bridge, named for its promoter, Count István Széchenyi – perhaps he was influenced by seeing Marlow bridge over England’s Thames? He certainly used the same English architect, William Tierney Clark. 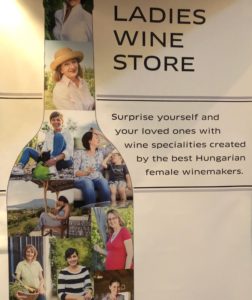 After the agreed design was constructed in UK, by Scottish engineer, Adam Clark (no relation), it was shipped in pieces to Budapest, strung together as if Meccano, and opened 1849. Enough of the past.  Today this hotel has a bar that is, to me, unique.  The Ladies Wine Store stocks exclusively labels that are produced by Hungarian women, say Macha Csetvei Krisztina, Csetvei Pince; Wille-Baumkauff Márt, Pendits Birtok.  The displayed bottles are well promoted, as are the winemakers. Macha Csetvei Krisztina, Csetvei Pince, for instance, is quoted as saying: ‘I love my life, look at me – this is who I am, a girl in jeans, I never want to be more than that’, and, from Wille-Baumkauff Márt, Pendits Birtok, I read ‘I think I am privileged because I do what I love.  I know that not many people can tell the same’ 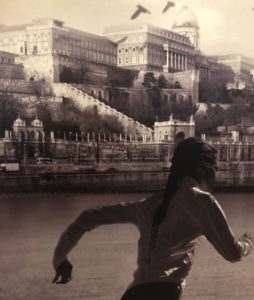 It is often difficult to find differentiators in the hotel world but this is certainly one. Another unique feature is that René Angoujard, who had ‘made’ this luxury hotel Sofitel, is returning as GM after such a long spell elsewhere.  In the interim others have honed the offering.  There is a really good gym, next to the indoor pool, and I loved both my breakfasts, first, yoghurt in the excellent club lounge and then in the  main Terrasse restaurant – see the second video, below.  You go up stairs from reception, past a mezzanine library with lots of good books, to the restaurant, which has one of Europe’s most copious buffets, with every Hungarian delicacy as well as dim sum and the now-ubiquitous omelette chef. SEE A NOCTURNAL ARRIVAL VIDEO, CORNER SUITE 620, AND THE FOLLOWING MORNING’S RESTAURANT BREAKFAST