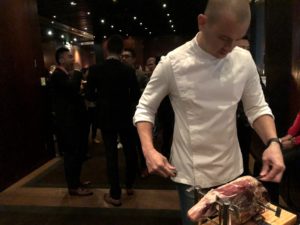 At the ILTM party

How to do justice to a luxury hotel that has been the arbiter of taste since it opened nearly ten years ago?  When The PuLi Hotel and Spa burst on to the Shanghai scene no-one in China, certainly, had seen anything like it, and international travellers quickly realised this was a new type of luxury hotel.  The salient point, says the gal, is that The PuLi is still innovating. When it hosts a cocktail for ILTM, as it does every year, the food is not canapés or anything else mundane but Iberian ham carved in front of you, and oysters shucked to order.  The PuLi’s reputation draws everyone on an invitation list to turn up. 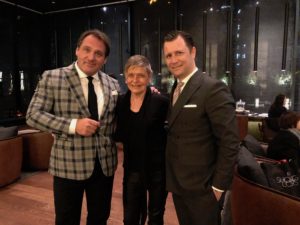 Entering a discreet building tucked behind the Park Place mixed-use complex is itself a draw.  You go in, past quite a lot of bamboo, to what seems like an endless lobby plus lounge, its floor shiny black slabs of stone reputedly from centuries old buildings (designer Johannes Hartfuss from Melbourne has a knack of bringing Old China into Today). The 100-foot long bar, running 20 feet to your right as you enter this space, is conciergerie, reception and drinking-eating counter. There are nooks and crannies everywhere, and the world’s top hang out here.  I coincided, for instance, with Renato Chizzola, boss of Le Cheval Blanc Randheli Island – he was here to see The PuLi’s recently-arrived GM, Thomas Vaucouleur de Ville d’Avray, who had previously been part of his team in the Maldives 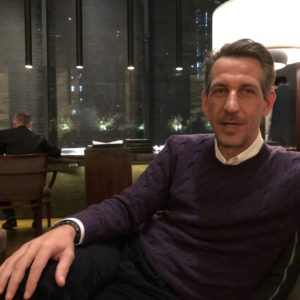 I also met up with Markus Engel, visionary behind The PuLi.  He set up Urban Resorts with John Laing, and the two have painstakingly created and now expanded the brand.  Their properties in Xiamen, which is already open, and, coming within the next three months, both Beijing and Kuala Lumpur will, I expect, similarly excite the travelistas.  Markus Engel told me, firmly, that Xiamen must be on my next China itinerary (forget Sanya, Xiamen is luxury China’s new cool, he said).  His mission is hostmanship, putting personal awareness back into a hotel world increasingly ruled by impersonal investment companies which see hotels as merely a way to make money by buying and selling real estate. 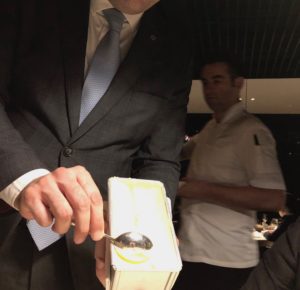 Dinner was at this luxury hotel’s all-purpose, always-good second floor restaurant, PHENIX, and long-time Melbourne-born chef Michael Wilson was as unassuming and down-to-earth as ever.  Try his cold-smoked salmon, shown above, with soda bread, and then perhaps his mussels with fries, so good you might want a second helping.  There are lots of memorable touches.  Butter, for instance, comes in a big loaf tin and, using a spoon, the server scoops what looks like an icecream portion, in front of you.  You wonder who all the other diners are – are the two local men in flat caps at the next table some of China’s top artists, entertainers and entrepreneurs who make up some of The Puli’s best clients?   And then, after a totally enjoyable two hours, I went back up to room 1615 – see a video, below – relaxed, and happy. WATCH THE VIDEO