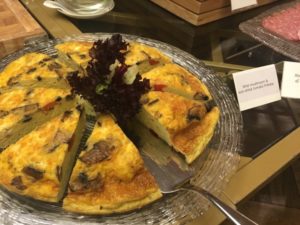 It is not often that the gal has the opportunity to meet two 30-plus hotel veterans, and at 7.30 in the morning, but that is what happened at the eternally young luxury hotel Jumeirah Carlton Tower, London. Serving drinks and generally being the ideal host was Mary Lou Tabo, a Filipina who has been working here 33 years. She joined because she always loved serving people and she is still here because, well, this is her family, and this is her life. And when her seasoned friend Gerald Lawless, now in his capacity as Chairman of the World Travel & Tourism Council WTTC, comes in, her face positively lights up (she of course knows exactly what he likes, but then she has many regular breakfast guests, mostly living close by). 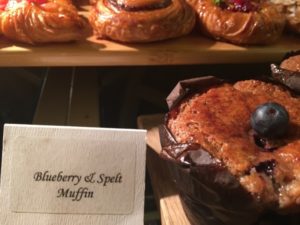 .. and blueberry and spelt muffins

Gerald Lawless first made waves in the hotel industry when he went to Dubai in 1978 – he has stayed there ever since, with frequent trips to the rest of the world, of course. Now, in his WTTC capacity, he seems to live up in the air. Today he was heading back to Dubai and, a few hours later, flying in what seems like the opposite direction, to Buenos Aires. Freedom of travel is one of his WTTC missions, and it is desperately essential to have a globally-trusted traveller programme, he says. It is possible now but unfortunately it appears to be in nobody’s interest, save that of the traveller, that a flight system talks to destination immigration which talks to your hotel which sends the limo at the appropriate time, and so on. 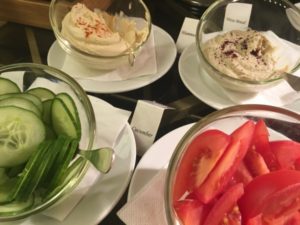 What he wants is one big global platform, enabling everyone to travel more easily, and governments to understand the benefits of travel and tourism, which accounts for nearly ten percent of all workers around the world, and nearly ten percent of total GDP. And of course it has all got to be sustainable, so that travel does the minimum damage possible to the planet – he has a world-class speaker on sustainability at the forthcoming WTTC annual meeting in Bangkok later this month. We were talking so hard during our breakfast, by the way, that it was almost impossible to do justice to the hotel’s breakfast product. Tables in the Rib Room are set with crisp linens, and the buffet is unusually well-labelled – would I ever have known that these particular muffins were blueberry and spelt, for instance? 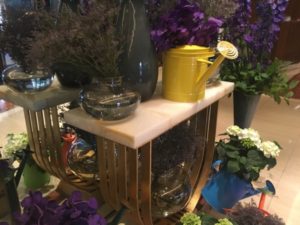 There were so many touchpoints from this hour-long visit. Mindful of the many Middle Eastern guests who stay here, the buffet has an attractive salad component. Flower displays in the lobby and its lounge are reminders of Cadogan Gardens right opposite, with watering cans set among boughs of spring blooms (and it is only six weeks until Chelsea Flower Show). And, of course, there were beaming smiles from Mary Lou and her colleagues, right until we left this luxury hotel.