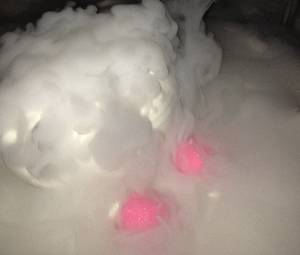 Make a splash, or make a sensation, and luxury travellers are more likely to remember a restaurant.  At Bukhara, the globally-popular one-off restaurant in Delhi, at the ITC Maurya, they put full-size bibs on everyone, be they Head of State, Pulitzer-winning author or Oscar-winning star.

Everyone gets one, red and white checked gingham for the carnivore mass and green and white checked gingham for the determinedly vegetarian.  The gal loves instant memories, and one of the many dining at Azure, in The Twelve Apostles Hotel & Spa at Camps Bay, a few minutes outside Cape Town, is the signature dry-ice sorbet, a refresher between courses.

At least half of the diners in this always-full restaurant are not hotel guests – a lovely feature here, by the way, is that a five rand donation is, voluntarily, added to each bill, to be given to StreetSmart, to help South Africa’s street kids. 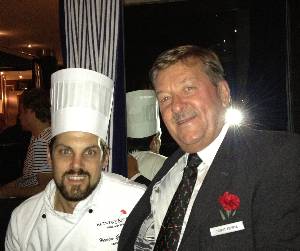 The boss of this Leading hotel, Horst Frehse, is one of the most passionate in the business.  He is so proud of his chef, Henrico Grobbelaar, he almost treats him as his nephew.  Or his star. Or his hero (or is it vice versa?).

Horst Frehse almost seems to have stars in his eyes when talking about Henrico, and his story.  And a fascinating story it is, too.  Henrico Grobbelaar was brought up in the Cape, south of Cape Town, and although he really wanted to cook his father wanted him to do a ‘proper’ job.

He studied, and graduated, in engineering, and started work, but finally could not stand it any longer, and only in 2002 did he switch to the kitchen. No puns intended, but at least he knows how to mend a fuse when something goes wrong in his kitchen. But nothing goes amiss with his cooking.

Critics rave about his food, and the service and the wines – in the last two years alone, the restaurant has been awarded one of the Top 20 Eat Out restaurants of South Africa, top-score Three Flutes in the first-ever South African Wine List Award, and Diners Club Winelist Diamond Certification (three years running). 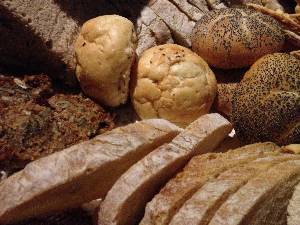 The bread of life, including fabulous Cape Seed bread, at Azure

Azure is open three meals a day, breakfast, lunch and dinner, and I have already raved about the breakfast, and the joy of sitting outside on the cruise ship-like terrace, looking far out to sea.  At all meals, the breads – the basic of dining, anywhere, any time – are sensational, as are all the main dishes.

Henrico Grobbelaar is one of the most humble of chefs, and he does not mind sharing his menus with that ultra-talented Leonardo of a lady, Bea Tollman.  Bea, who co-owns this luxury hotel, has overseen its design, supervised its B Africa toiletries and spa, and created many of the dishes on the  Azure menu.

Here you find a page of Bea’s favourites, 12A Fresh Vegetable Salad with avocado, Chopped sirloin, Cape Malay Curry.   You also have Henrico Grobbelaar’s Pork belly with crispy, sour cabbage, pumpkin puree, bubble and squeak, Membrillo and pork de jour sauce, and much more.  There are also, as well as multi-course tasting menus, a full page of vegetarian options. 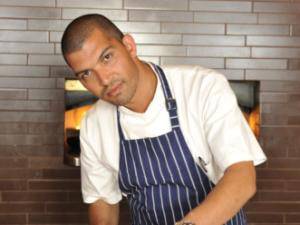 Another of the Cape Town area’s top chefs, Reuben Riffel, is also a pork belly aficionado, but he serves his braised with soy sauce, and a chilli-ginger caramel pouring sauce. The lump of meat, its crackling atop, sits on a bed of buttered mash, and use-your-eyeglasses portions of shiitake mushrooms, broccoli tempura and half a lemon.

(Warning to anyone fine-dining in Cape Town, you need to order vegetables extra – as is typical, I have found, the ‘broccoli tempura’ here is one miniscule spriglet in batter, but, atypically, good marks to Reuben Riffel and his team at Reuben’s as there is a whole section of Sides.)

Reuben Riffel was born in Franschhoek, an hour’s drive north-east of Cape Town, in the winelands.  He cooked in England, opened up Reuben’s in his home town and then a second restaurant, same name, in One&Only Cape Town. 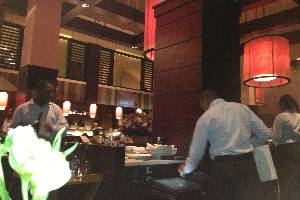 When this luxury hotel opened in 2009 it had two celebrity chefs, Nobu, and that Scotsman-turned-television-star Gordon Ramsay.  The former is, of course, as popular as ever.  Ramsay moved on, to bad-mouth not only restaurants but hotels for the world to exclaim about via the television set.

It was everyone’s luck, including that of Sol Kerzner, the ultimate boss of One&Only Cape Town, that the lovely Reuben Riffel moved in. The double-height room has a big open kitchen.

You sit at wood tables with Reuben’s carved in the top, a nice personal touch.  You can come here for breakfast (yes, they serve oysters and sparkling as part of the buffet).  You can come for lunch and dinner, and people do, again and again.  It is five minutes’ walk from anywhere around the Waterfront marina area of town. 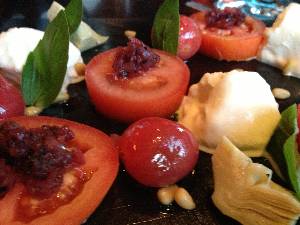 There were two items I particularly wanted to try.  One was Reuben’s Caprese.  Now I have eaten tomato plus mozzarella in a variety of forms, from martini puree to whole balls of mozzarella next to whole just-picked tomato, as at lovely Castel Monastero in the Ombrone Valley, 16 miles from Siena.

Little dollops of everything are presented, as an artistic collage, on a real slate.  You take a mouthful of this, a mouthful of that, and you feel good, better, best (both the waiter and I laughed about this analogy – South African servers are remarkably jolly and friendly, even when they are being ultra-professional). 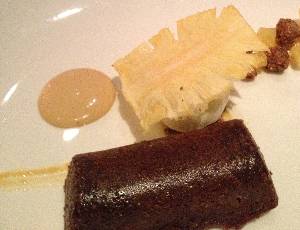 A typical Cape dessert is a calorie-rich Malva bread pudding

Reuben Riffel’s books, Reuben Cooks: Food Is Time Travel and, his latest, Reuben Cooks Local, includes many of his favourite recipes.  These undoubtedly include his fusion dishes listed on the easy-read menu as his specialities, namely the pork belly plus a Famous chilli-salted squid and Kung Pao shrimp, Vietnamese-style.

It is a sweet cake-like pudding, not for dieters, and it was popularised when Oprah Winfrey’s personal chef Art Smith included it in his December 2006 Christmas dinner programme.  Lovely lady Oprah, I am sure you did not mind all those calories!