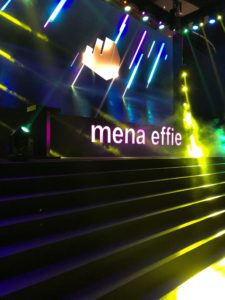 As disheartening as it may sound, the Sybaritic Single barely got time for community service in-between his travels. However, he did make an effort when he was invited to join a panel of jury of the 2018 MENA Effie Awards, this year celebrating its 10th anniversary, in hopes to see all the latest examples of advertising campaigns in the world of luxury.
Travel, Tourism and Transportation was one of the categories which was part of his remit – it sounded inspiring originally but the Sybaritic Single got quickly disillusioned after seeing the first few entries. It was mostly the usual tourism boards advertising the usual sights and sounds plus legacy airlines attempting to compete with low-cost carriers. Low fares and even lower levels of innovation or creativity.
The Sybaritic Single wished to see more luxury hotels, but there were just two entries out of more than a dozen – and both of them were from Atlantis The Palm promoting its water park and the gimmicky world’s first social media suite. While Saudi Arabia and the United Arab Emirates might boast the highest concentration of ultra-luxury hotels in the Middle East, none of them did anything fresh to promote themselves creatively over the past 12 months. It was only The Ritz-Carlton Riyadh that made headlines in the recent months, yet not due to some innovative advertising campaign.
After two days of seeing lackluster work and left with little choice, the Sybaritic Single cast his votes to award category prizes to Uber and Louvre Abu Dhabi. Convinced that the region’s luxury hotels were so much behind the curve of exciting, innovative marketing, it is no wonder that they find it harder than ever to capture the imagination of the new luxury travellers. Should he hope for better performance in 2019?