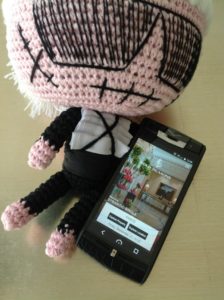 Indeed, the Sybaritic Single detests apps, especially in travel. Somehow they disappointed every time he tried them. Hotel apps lacked actual functionality, mobile keys refused to open doors, airline apps quoted incorrect fares, e-tickets still had to be printed out, mobile boarding passes caused raised eyebrows at half of the destinations. From his experience, no app was as good as the actual website. So why would anyone bother with installing dozens of battery-consuming apps in the age of fast and accessible mobile internet?

To date, there is only one luxury hotel app which the Sybaritic Single found genuinely useful. Four Seasons succeeded in developing a sleek and functional interface which works, along with a simple-setup and good integration with the hotels’ systems, not always but most of the time. The Sybaritic Single might still be asking his agent to make room reservations, but once on-property he would use the app most of the time.

Recently, while enjoying opera at Mariinsky Theatre in St. Petersburg, he managed to order a limousine as well as a room-service dinner for two, along with a few special requests, literally by a touch of a button. Once the opera was over, the gleaming car was already waiting outside, at the right location, and the dinner was rolled in at 22:45, on the dot. There were no annoying calls in the middle of the opera to reconfirm whether the Sybaritic Single had indeed requested a last-minute limousine, extra flowers in the room and a large bucket of ice – yet the thoughtful human touch was evident at every point. See the result in the photo at the top of the page.

As the Sybaritic Single prepares for his next luxury hotel destination, he will of course try its app. But what are the chances of him keeping it installed on his mobile for long? That will depend on the actual app – otherwise it might be more efficient to do things the 1990s style, with a Russian touch.