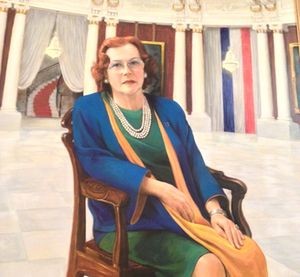 As any Russian, the Sybaritic Single adores the south of France. As soon as the Soviet Union collapsed, his parents and he were among the first Russians to return to the French Riviera after 70 years of communism.  However, the Sybaritic Single has never really enjoyed Nice. To him, it was just an airport city from where he would take a seven-minute helicopter hop to the much more civilised Monte-Carlo. Neither was he fond of Promenade des Anglais.

The only institution of Nice that kept him coming back was Le Negresco. As any Russian, he loved the spectacular 16,309-crystal Baccarat chandelier in the Royal Lounge which had been commissioned by Nicholas II of Russia, who due to the revolution had been unable to take delivery. Most of all, he admired the hotel’s flamboyant owner, Jeanne Augier, who inherited the hotel from her father in 1957 and built it up into a favourite with the Cote d’Azur jet-set. She personally ran the establishment for more than 60 years and turned it into the most fashionable address in the city – she passed on this last week.
“The Negresco is above all a place where everything is possible, flamboyance served on a tray,” it boasts on its website – and the Sybaritic Single could not agree more. He has always enjoyed the hotel’s unique 6,000 artworks, its eccentric ambiance and its approach to service, where nothing seemed to much to ask for – including fresh raspberries in the middle of winter.
He will be back at the pink-domed Riviera landmark next month. Sipping Champagne with a view of the Mediterranean, he will remember ‘Madame’ as one of the brightest hoteliers of all times, who will be dearly missed by many.