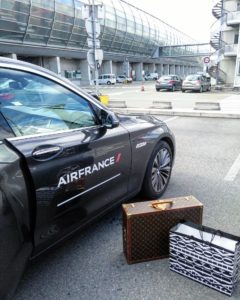 Do the twain meet?

The Sybaritic Single remembers a time when Air France owned Le Méridien (1972-1994) and ‎Pan Am had InterContinental (1946-1981). Until recently, the airline-hotel model remained long-forgotten, with each business focusing on its core competency, be it flying jets or running ‎hotels.‎

Therefore, he was surprised when AccorHotels announced its interest to acquire a 14.3% ‎stake in Air France-KLM. Sébastien Bazin appeared as on a shopping spree lately, adding more ‎brands than ever to his stable, slicing his customer demographics thinner than ever. The ‎result? A millefeuille of 22 brands with at least seven in the luxury segment.‎

With 870 hotels in the development pipeline, what could AccorHotels’ involvement with the airline ‎be? Sofitel has been providing its signature bedding to Air France La Première passengers since 2015 and the ‎Sybaritic Single appreciates it greatly on his flights to Paris. It now appears that Bazin is trying to build ‎an entire ecosystem around his core hotel business, with concierge services, catering, travel ‎management sites, technology and now Europe’s largest airline being part of it. This might seem reasonable ‎to some of the 41 million member of the Le Club AccorHotels programme and some of the ‎‎15 million members of FlyingBlue, but what value could it offer to luxury travellers who look beyond miles and points?‎

As a strictly luxury bon vivant, the Sybaritic Single remains skeptical. He certainly enjoys the French art de vivre and turns to LVMH for most ‎of his luxury shopping, be it baggage (Louis Vuitton), suits (Dior Homme), Champagnes (Dom ‎Pérignon), shoes (Berluti) or bathing (Acqua di Parma). Yet he wonders if AccorHotels could ever become the LVMH of travel and find a way to capture and develop the lucrative luxury niche? If the Sybaritic Single could offer Bazin a hint, he would suggest looking at his favourite Fauchon and its first-ever hotel at 11 Place de la Madeleine, Paris – it opens on  September 1st, 2018.