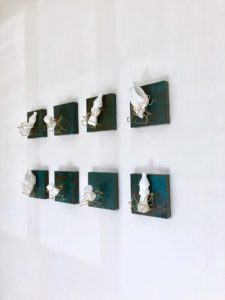 The Sybaritic Single enjoys occasional weekends in Muscat. Most often, it is the performances ‎at the Royal Opera House that attract him, however it can also be a simple day by the sea in ‎silence and peace.‎

Whispering luxury and authentic Arabia have remained the sultanate’s unique selling points for ‎years. There are no modern skyscrapers or massive malls – instead, there is a stronger focus on history, wellness and culture. Unlike Dubai, Abu Dhabi or Doha, ‎the capital of Oman targets sophisticated niche travelling clientele. On his ‎occasional weekends, the Sybaritic Single saw Giorgio Armani soaking in the sun at The Chedi ‎while Anna Netrebko enjoyed exploring the bazaar – without any need for bodyguards or a ‎flamboyant entourage.‎

Earlier this year, the city inaugurated a modern new airport as well as a sparkling new luxury ‎Kempinski next to it. Designed by Woods Bagot, it took nine long years to finish the resort.

The Sybaritic Single definitely enjoyed a smooth five-minute ride from the airport in a gleaming new ‎Rolls Royce Ghost as well as the luxury of space throughout the place. Upon arrival, he thought ‎he was at some airport again – the lobby felt massive, empty and somewhat cold. However, the ‎impression became the opposite the following morning as sunlight streamed through the intricate roof ‎and the venue resembled the ceremonial Al Alam Palace of His Majesty Sultan Qaboos, with ‎white soaring conical columns pretending to be lilies in a crystal pond.‎ The 37-metre long infinity pool opened to a six-kilometre long sandy beach – seafront strolls replaced other forms of workouts during the weekend.

Sadly, visibly patchy service and less than imaginative dining is what Oman still remains infamous for, ‎therefore the Sybaritic Single had to resort to the always-busy Fauchon for a salad and to another trusted luxury ‎hotel for an evening glass of Champagne with some live jazz. Will he be back as soon as the ‎eighth opera season commences next month with Gala Zarzuela starring Plácido Domingo (curiously, the great Spanish tenor inaugurated the opera house back in 2011)? For the Sybaritic Single, that’s always a great occasion to wear a Dior tuxedo.