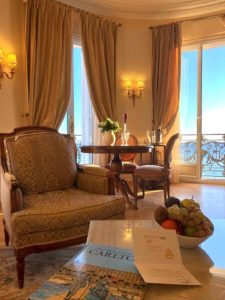 The Sybaritic Single popped a fresh Champagne cork into the blue skies of Cannes and sat down on the sofa in the living room of InterContinental Carlton Cannes’ suite 441, named in honour of Yves Montand. One of his favourite luxury hotels on the French Riviera could not feel more triumphant despite its age – and the corner suites still offered the finest panoramic views of the intoxicating Mediterranean below.  He hasn’t read comic books in ages but the one in his suite was, indeed, a special one. It celebrated the 100th Birthday of the palace and narrated its illustrious history in the most whimsical way: a great example of effortless and playful luxury. Who would have guessed that the two iconic domes of the hotel were inspired by the tempting breasts of La Belle Otero, the famous courtesan? Or that there was a hidden juncture line in the facade of the landmark building that shows the borderline between the “two” Carltons, the original building and the new? His favourite episode, however, was the celebration hosted by Melina Mercouri and Jules Dassin for the 1960 release of the Jules Dassin movie Never on a Sunday, at which guests smashed 2,000 Champagne glasses for good fortune.

As the Sybaritic Single descended to the hotel’s salon for Champagne breakfast each morning, he admired the timeless magnificence of this luxury hotel and the efficiency of its personnel – his every wish was fulfilled in moments. Four days seemed too short to finish the comic book between the Champagne, promenading the Croisette and shopping at his favourite Dior – but he will soon be back entering through the famous revolving door of the luxury hotel which first captured his imagination back in 1991, as an eight-year-old sybaritic traveller. As Gilles Jacob (President of the Cannes Film Festival, 2001-2014) wrote in the comic book’s preamble: “There are two constants to travelling: running away and coming home. In the case we’re dealing with, this principle is reversed: though the traveller may enjoy change and surprise, he will always come back to the Carlton.” SEE A PAGE FROM THE COMIC BOOK BELOW 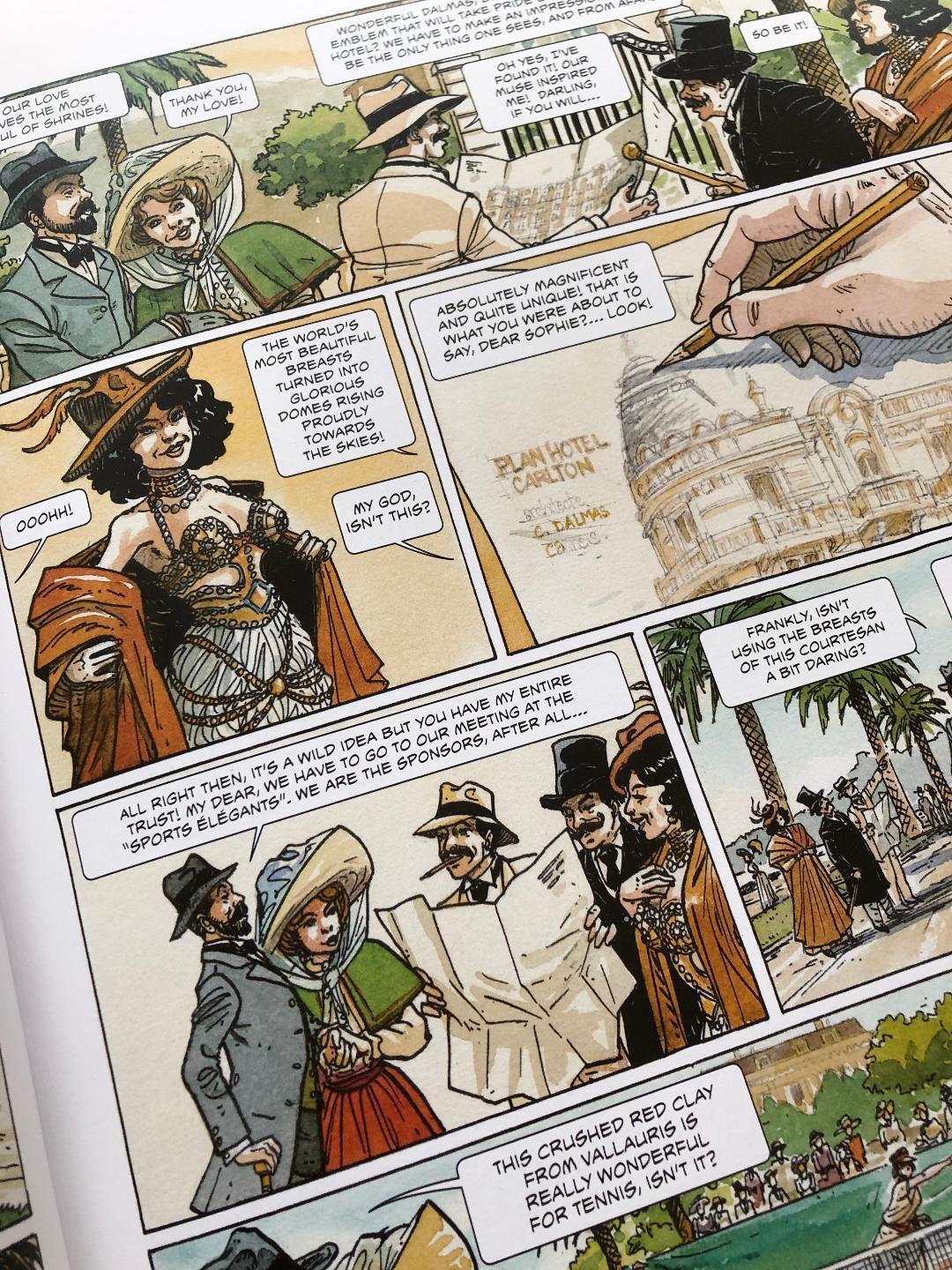