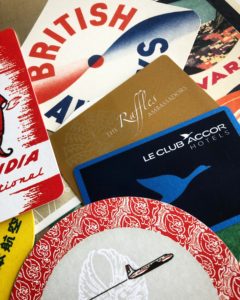 The Sybaritic Single often gets asked, who assists him with designing his intricate travel itineraries and whether there is a particular luxury hotel brand he is devoted to? Curiously, he feels less loyal to hotels and airlines than ever before. All of his travel planning is taken care of by Fine Hotels & Resorts or Virtuoso which both seem to trump any hotel loyalty programme.
It was only The Raffles Ambassadors programme that the Sybaritic Single valued as he travelled from Singapore to Jakarta to Paris to Seychelles. As secretive as it could get, the programme was known to only a few and its eligibility criteria were never disclosed. For those in the know, it offered its lifetime members anything-anytime, including round-the-clock arrival and departure, upgrades and invitations to the most stunning events (such as a candle-lit midnight dinner in the heart of Angkor Wat), master concierge who knew what he was doing, complimentary breakfast and mini-bar, garment pressing and virtually limitless benefits once in-residence. This was truly one luxury-level loyalty programme that made sense yet its members didn’t have to bother with earning or redeeming any points. Having to spend a fortune to score an occasional free night (“black-out dates apply”) is so not luxury that it almost smells of Herbalife.
As of 2 July, The Raffles Ambassadors ceases to exist and all its members are going to receive Le Club AccorHotels Platinum cards. The Sybaritic Single has been already assigned a 16-digit long membership number. His upgrades, early arrival and late departures will all become subject to “availability on arrival” and his unique top-tier benefit at Sofitel will be a “complimentary newspaper”. Can this encourage him to book direct? Less than ever.
Luxury hoteliers are still to invent a loyalty programme which will make sense to the top echelon. The Fans of M.O. by Mandarin Oriental is the latest recognition programme to appear on stage – and its suite of superficial benefits still fails to convince the Sybaritic Single to make a reservation.