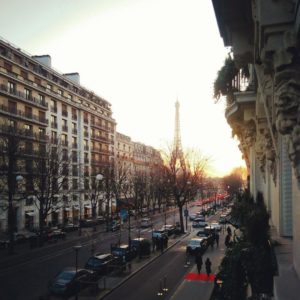 As the Sybaritic Single was examining his looks in one of the seven Baccarat mirrors in his apartment, he wondered why so few luxury hotel general managers had a true sense of personal style.Most of them wear fitted dark suites accentuated by those inevitable, almost tacky, ties and handkerchiefs – all by Hermès. No, the Sybaritic Single has nothing against the great French maison and its very successful silk accessory collection, however he believes that way too many hoteliers resort to those silly designs in attempt to comply with unwritten rules of how a textbook GM should look like, regardless whether in New York, Moscow or Tokyo. Hermès ties have almost become part of the uniform. Whenever the Sybaritic Single is welcomed by a GM wearing an orange Hermès tie (worse, if with a matching handkerchief), he instantly knows that the hotel will be standard luxury and will most certainly lack any creative elements.

Has one ever encountered a GM dressed in Dior? Yet for those in the know the quintessential Parisian couture house tailors each suite to perfection and makes them a firm favourite in the highest echelons of business. Sidney Toledano and Karl Lagerfeld are perfect examples of sartorial elegance: always in Dior, never in Hermès orange.The two great hoteliers whom the Sybaritic Single continues to admire are François Delahaye (who was spotted at the Chanel show earlier this week) and Luc Delafosse. These two icons of the industry exude elegance and set new standards in luxury hospitality year after year. They are known for being innovative perfectionists and that includes their personal style which is both immaculate and always contemporary.
The Sybaritic Single examined his own reflection in the mirror again. It’s all Dior, every day of his life. A couple of Eau Noire spritzes and off he travels to the next luxury hotel which is run by a GM with a great sense of style and modernity.