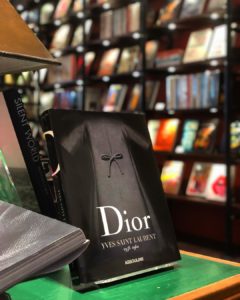 The Sybaritic Single prefers to avoid luxury hotels that form part of shopping centres. They are usually massive, lack character and are simply too commercial. Very often, all they provide are bedrooms while dining and entertainment are to be found in the mall.

However, as the universe of luxury retail has captured imagination of more travellers, hotels felt the urge to upgrade and differentiate as they found themselves becoming showcases of the finest the brand behind them can present to the eager travelling consumers.
The Sybaritic Single’s three favourite hotels of such kind are Lotte Seoul (which towers above a massive duty free mall – after several stays, the perpetual travelling shopper still gets lost there, with a Pierre Gagnaire dining and Sulwhasoo spa), The Ritz-Carlton IFC in Hong Kong (which also benefits from the extremely convenient non-stop express airport train link, Pierre Hermé macaron bar downstairs and the world’s highest caviar bar upstairs) and, newly rebuilt after the infamous 2016 New Year fire. Address Downtown, part of The Dubai Mall complex.
These three luxury hotels go above and beyond to present their finest brand elements to their guests, on many instances achieving same WOW-factor as the glittering Chanel, Dior and Prada flagships next to them. That’s a very healthy synergy that reminds hoteliers of the need to constantly innovate, pamper and impress. After all, how much different is selling an Hermès scarf from offering a luxury hotel room night?
And while the Sybaritic Single still chooses to sip his tea at the new Maison Assouline at The Dubai Mall surrounded by collectible books and vintage pieces, he wishes that a similar tea lounge concept is reimagined at some of his favourite luxury hotels. Yes, he wants it all and he wants it at once.