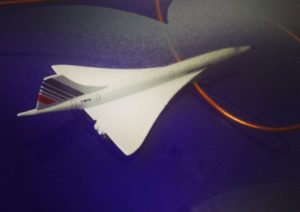 The Sybaritic Single appreciates convenience. He would rather spend a night at a luxury airport hotel before an early departure than wake-up in the middle of the night and suffer through the hassle of a long drive to the airport in the wee hours. There only a few airports that boast great hotels and it is essential that an airport hotel is directly connected to the terminal, those requiring shuttle bus service are disqualified.

Crowne Plaza at Singapore Changi Airport is an excellent example of what an ideal airport hotel should be. Abundant in natural light and greenery, convenient, with exceptional wellness facilities and panoramic views of the runways.
The Sybaritic Single’s second favourite is the Regal Airport Hotel at Hong Kong, where he willingly pays extra to watch the landing aircraft gliding past his soundproof bedroom window. He also loves the Mövenpick ice-cream parlour in the lobby and by the time he finishes a scoop, he finds himself checked-in for his next flight and halfway to the airline lounge. However, the hotel’s spa and wellness floor is in an urgent, desperate need of an upgrade, especially if it aims to keep its ‘World’s Best Airport Hotel’ title for the 10th consecutive year.
The two European airport properties where the Sybaritic Single has stayed recently boasted five star status yet gave in to some unsightly overcharging habits. Staying at Sheraton is the height of convenience at the otherwise hectic Paris Charles de Gaulle though it is known for its sharp commercial angle: it even collects a few euros for charging mobile devices in the lobby.
The Clarion at Stockholm’s Arlanda charges rates that are close to luxury hotels in the city centre yet saves on bathroom amenities (anything except soap are upon request) and those who want bathrobes and slippers need to pay extra. What redeems the hotel is the spectacular penthouse restaurant by Marcus Samuelsson where Swedish ingredients are cooked with a Manhattan twist. As soon as the Sybaritic Single finished the chef’s signature golden caviar pizza and a flûte of Mercier, he admired other novelties of this airport hotel: the disco-illuminated 24h rooftop swimming pool, on-site bee hives, binoculars in the bedroom to follow tarmac activity and instant check-out – such airport convenience is true luxury.