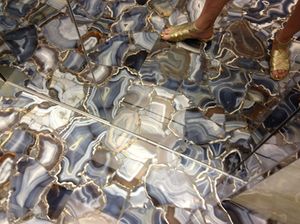 There are elevators that are strictly utilitarian – no names mentioned – and there are those that are items of beauty. Those at the Amstel InterContinental Amsterdam evoke a past glory, with velvet seats and etched portraits on the walls.  At Pera Palace Hotel Jumeirah, Istanbul, you may be lucky enough to travel in the original 1892 lift (make sure you are shown its mechanics, a floor below).  Talking of Jumeirah, its Abu Dhabi luxury hotel, Jumeirah Etihad Towers, has one of the most beautiful elevators the gal has ever seen. 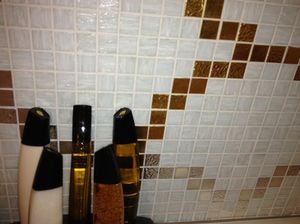 Is it because the place is run by a woman, the vivacious German shoe queen, Doris Greif, that this whole hotel is beautiful?  Take something as simple as bathroom toiletries, which generally come in horrid little containers that are so ambiguous you cannot distinguish hair conditioner from body lotion and you cannot get the tops off and then nothing comes out anyway.  Not so here.  The specially-made toiletries are, based on the Etihad Towers architecture, in wavy tower-shaped bottles, with easy-open tops. 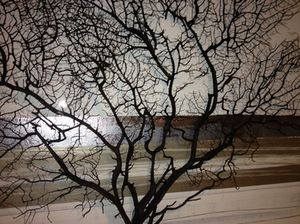 Tree on a wall

As I have said before, there is so much to rave about here.  Look out from any one of the 397 rooms and you see far over local parks and building sites to the Gulf.  Many rooms give views of the 200 acre gardens and their lush greenery. 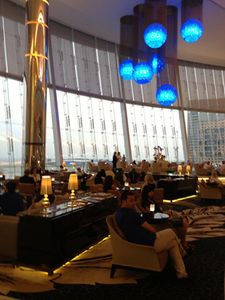 But some busy travellers do not have time to look out of windows and therefore art within the hotel is vital. I love some of the wall hangings that are simply silhouettes of trees suspended just in front of the background to give a three-dimensional effect. I have also eulogized before about the Lasvit chandeliers, from Prague, variously throughout the hotel.  The ballroom has no fewer than 40 chandeliers, each with 13,500 bits of crystal.  In the Grand Lobby, six giant balls, each with 33,358 crystals, change colour as each of the 24 hours progresses (not surprisingly this is a highly popular meeting place for local sheikhs and international potentates). 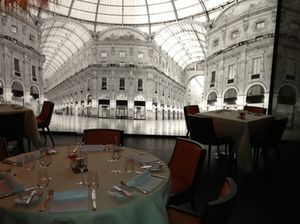 Milan? No, here in Abu Dhabi

The knowledgeable head to one of Jumeirah Etihad Towers’ restaurants.  This time we ate outside, on the terrace of Bice (no trees around, but it was nice and cool). As always the conversation flowed, and I remember my first visit to a Bice, in New York with, I think, that food pundit John Mariani. You could barely hear yourself talk for the A-List buzz around. Now there are Bices, it seems everywhere – the next opening is in Kuwait.  But the Bice here is calm, cool and collected, and you can hear the discreet fizz of a champagne cork as a bottle of Dom Pérignon, its label cleverly illuminated from behind, is cracked at the next table. 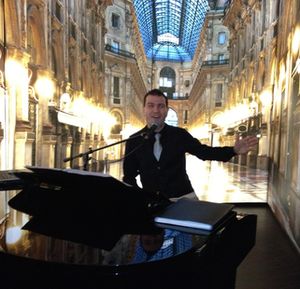 Which aria for you next, sir?

Luxury travel tip.  To impress the best, book a private table here at Bice.  The wall is decorated with a facsimile of the famous Galleria in Milan – the one right by Park Hyatt Milano.  Somehow eating Italian food using some of the recipes that Nonna Bice perfected so many decades ago, to a background that makes you think of La Scala and Armani and Versace and Milanese design generally, it all seems so appropriate. And it is appropriate, too, to have live entertainment that can provide just the aria you might want for a special occasion.   This would be a very impressive luxury hotel in which to propose marriage, especially with that bottle of Dom Pérignon already chilled and ready.