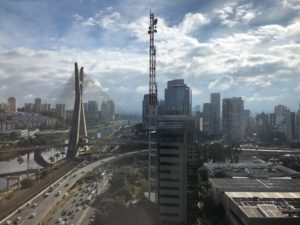 Looking out at the bridge, and river

When the impressive Grand Hyatt Saõ Paulo was opened in August 2002 its owners, the Lieberman family from Argentina and the Pritzkers from Chicago, were taking a bit of a gamble. Back then the locale, on the east bank of the Pinheiros River between the Brooklyn and Vila Cordeiro areas, was a wee bit isolated but now it is surrounded by big business, banks and Globus Television 819 and Nestlé and more.  The gal loves the 466-room hotel’s end suites, say 1631, Suite Cedro.  Look out from there along the river to the Octavio Frias de Oliveira cable bridge, named for the businessman who established the Grupo Foiha media conglomerate – a fight-cancer award has also been established in his name. 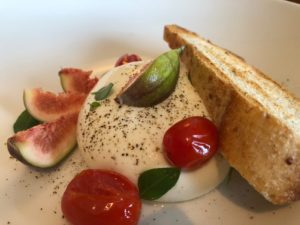 This is a hotel, indeed, that really cares about health.  It has splendid indoor and outdoor pools (and several decoration-only pools that you might well tip in to if you have tippled too much in one of the restaurants and bars that are in the separate Hyatt-17 block next to the main 22-floor hotel). The Amanary spa is named for Guarani Indians who dreamed of paradise. The big Technogym thoughtfully leaves its supply of fresh fruit, including what seems to be the only supply of non-brown-blotched bananas in Brazil right now, all night long instead of the industry norm of taking fruit away when attendants go home.  And food products are as near to source-to-table as possible, something that the appropriately named chef Thierry Buffeteau, from La Rochelle, really cares about. His burrata, which I think is made by an Italian right here in Brazil, is one of the tastiest ever. 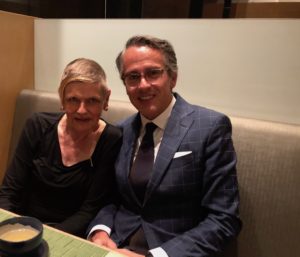 The GM, Yann Gillet, who has been here just over two years, seems happy as a sandboy in Brazil – he even cycles to work, practising for the Ironman races that are one of his many hobbies (another must be deciding how to look today, which makes me think yet again what a natural characteristic it seems to be for French hoteliers to appear so stylish, with François Delahaye in Paris, Pierre-Louis Renou and Hervé Mazella  in Tokyo springing to mind).  Gillet, incidentally, recently re-did the hotel’s superb top floor club lounge, and he asked one of his most regular guests to design the staff uniforms. All female, they wear dark navy trousers, with white over-shirts through afternoon tea, at which point they change to navy tops. Très elegante. 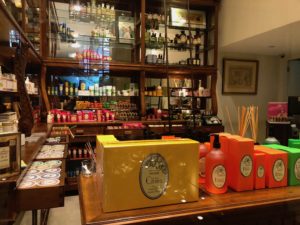 As well as health, food and style this is a busy hotel that also offers a sense of place. The lobby is very Brazilian, two floors high and, one could say, stark, like square-corner concrete that would, elsewhere, be enlivened by bright sculptures (though, admittedly, three giant local paintings have been set, vertically hung, just inside the main door). The brightest colours at lobby level are the kaleidoscope hues of the Granado apothecary by the elevators: Granado is the main Brazilian toiletries company, specialising in natural ingredients, and currently the range in suite 1631 offered a choice of grapefruit or lavender scents.  The bath and bed linens are all Trousseau, a local company.  But you can take local too far – fortunately, tapioca canapés in Presidential Suite 2231 were accompanied not by a Brazilian sparkling but by perfectly chilled Veuve Clicquot. They tried me with more tapioca the following morning, at the outstanding breakfast buffet in Cultura Caseira, when Scarlet, one of the servers in a Wild West-type shirt and blue jeans, had, unseen, managed to put a #marybreakfasts sign on my table. That is one of many acts that makes Grand Hyatt Saõ Paulo so memorable. NOW SEE VIDEOS OF SUITE 1631, AND THE NIGHT VIEW FROM PRESIDENTIAL SUITE 2231