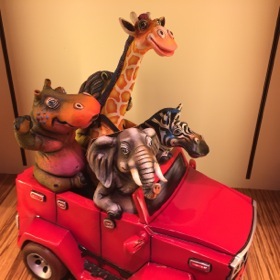 Steve Wynn, owner of luxury hotels in both Las Vegas and Macau, is brilliant, say his team. He thinks about his customers the whole time. Look after them, give them the best hotel possible (he is currently upgrading all bed-linens to 570 thread count), and the best food and entertainment, and retail – and then they will spend even more in his casinos and make everyone happy. A month ago, at Wynn Las Vegas, he put in a kids’ shop. It is absolutely enchanting, with pint-sized pale pink tricycles embossed with Swarovski crystal, and families of animals like the one shown. Who is buying, asked the gal? Business people staying here for conferences, who suddenly realise, before going home, they need to take back presents to their little darlings. 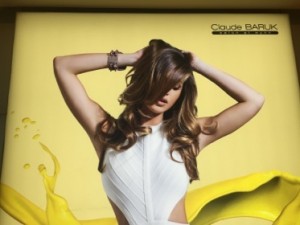 The 198-acre Las Vegas complex is, well, complex. It has an 18-hole Tom Fazio golf course, and a man-made 140-foot mountain with some 1,500 trees, mostly Aleppo pines. It has a theatre, and a gallery with such names as Degas, Gauguin, Picasso, and Renoir, all real, of course (Steve Wynn also had a Vermeer, A Young Woman Seated at the Virginals, which he bought through Sotheby’s in 2004 for $30 million, but he sold that on to fascinating conservationist and philanthropist Thomas Kaplan – that is now the only Vermeer still in private hands). There is a spa, and Claude Baruk hair. Oh yes, the complex also has 4,701 rooms, nearly half of which are in the 2008-vintage Encore and the rest in the 2005 original. The lucky stay in a Tower Suite, in the original block – this way you do not have to go through the casino, but you enter via a haven of greenery, a small conservatory, welcomed by men in purple blazers and women in fitted cream dresses with frills round the hem. 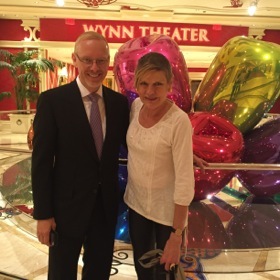 Everthing is elegance epitomised. Your suite, because all Tower Suites are suites, is infused with Asian Rain perfume, bespoke to the hotel. Your salon has a mirrored ceiling, and your honey-coloured bathroom is one of the world’s best. You also eat jolly well here – so many restaurants you do not know where to start. Because of my love of works by Colombian sculptor Fernando Botero – as at Four Seasons Miami, Grand Wailea Maui (and now also at Baur au Lac, Zurich, which has just bought a divine Botero still life, The Watermelons, oil on canvas, displayed in its newly-redesigned lobby) – we dined in Botero. Sure enough there two of his signature black sculptures there, a smaller one by the entrance and a giant bulbous woman in the centre of the round-spaced room. I have chef Mark LoRusso’s ahi tuna tartare tower with mango and avocado, and then the best-selling branzino, crispy-skin seabass atop Niçoise veggies, with a glass of Holdredge Pinot Noir 2013 Russian River. I hear how Brian Gullbrants, who runs the entire complex, started cleaning up after school in his parents’ restaurant, when he was seven. He joined Ritz-Carlton as a waiter and left, 20 years later, as VP Operations. 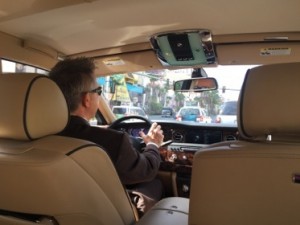 Now he is the most loyal disciple of Steve Wynn and his luxury hotels, but guests are loyal too, as are his team. I am driven away by a surfing-addict called Bill. As he drove he told me he started with Steve Wynn in 1986, at the Golden Nugget, and he would never leave Mr W. Bill made his way up through restaurants but, following a divorce, he was switched to a driving day job as he had child custody. He is happy as a sandboy – but he would like more surfing.