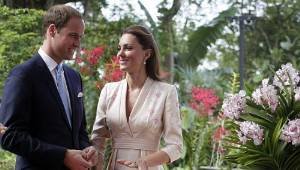 When they were in Singapore, the Duke and Duchess of Cambridge stayed at Raffles

No it is not snobbish.  Everybody wants to be surrounded by their own ilk.  Although it is fun to seat a nonagenarian one-time male banker next to a flibberty-jibit female model at a dinner party, in general you want to be in the company of those you have something in common with.

The gal is not as happy talking babies as she is discussing the fact that Singapore’s buses seem to be driven by Chinese immigrants living in hostels – and they are not happy about being paid less than Singapore’s Malaysian immigrant bus drivers.

Talking of Singapore, the fact that the Duke and Duchess of Cambridge stayed at Raffles during their recent south-east Asian tour did marvels for that venerable luxury hotel. 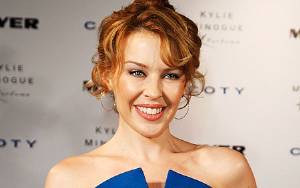 In Hong Kong, Kylie Minogue stays at the Grand Hyatt

Hoteliers know. Get the right people in, and others come too. There is an unwritten rule in the hotel world that hoteliers never let slip who has been staying there without the guests’ permission, but now, with the internet and social media, those people often reveal, anyway, where they are staying.

The lovely Four Seasons Hotel Seattle never revealed that Manchester United were staying there but then Wayne Rooney, who obviously can write, tweeted that he loved the hotel.

Individual stars know where they like, and stay there (Roger Federer is a great fan of luxury hotels, by the way).  In Hong Kong, Kylie Minogue likes the Grand Hyatt, and not only because it is run by a fellow Australian. 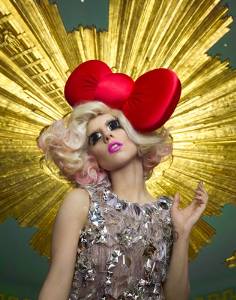 Who else but - Lady Gaga?

Lady Gaga’s family live in New York but when she is in town on business (or duty or whatever you call it) she may well hold her media interviews at Mandarin Oriental New York, and then buzz back to her dad’s place to sleep.

Even the thought that she might be in the hotel is good for its reputation.  There are certain hotels, in every top city, where you find the A-List that you are interested in.   Fashionistas hang out at Le Meurice and Plaza-Athenée, in Paris, and, during the Milan shows, the Bulgari, Four Seasons and Park Hyatt (they cannot stay at Armani as that hotel is ‘another fashion brand’, and the lovely Principe di Savoia is sadly a bit too far out for the shows). 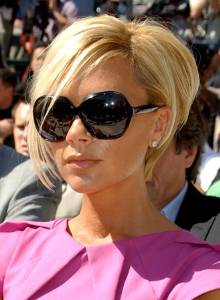 Will Victoria Beckham ever design a hotel?

Just occasionally, as at The Ritz London, a strictly-enforced dress codes keeps certain people out. At The Ritz, jeans and sneakers are simply not allowed, at all.

You would also not be advised to enter, before noon, in a full ‘morning suit’ as you would be taken for one of the reception staff. This jeans-ban keeps out the riff-raff.  Who cares?

Anyway, really well-dressed people of the calibre of Victoria Beckham would never been seen in jeans and sneakers unless she is shopping in Rodeo Drive. 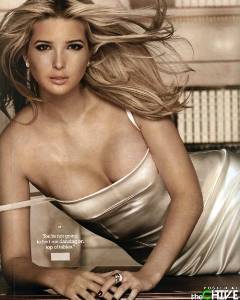 Will Ivanka ever launch Ivanka hotels?

I am waiting for Victoria to announce her own range of hotels – after all, she and David have, between them, everything a man or woman (or man and woman) can wear and she has even designed car interiors. Will Victoria Beckham ever follow Ivanka Trump and go into hotel interiors?

Now Ivanka Trump is someone everyone would like in their hotel, although if there is a Trump in town, it puts other hotels, say in Chicago, Miami, New York or Toronto, at a disadvantage.

Many are waiting, by the way, for Ivanka to launch a sub-brand of hotels, named Ivanka.

Many others are waiting for that global jet setter, Tyler Brûle to smile. 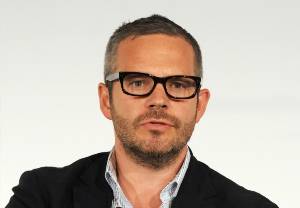 Will Tyler B ever smile?This guy breaks all the rules. He looks ghastly, deliberately – at one conference in Berlin last year he was dressed as if for the Arctic and he scowled nonstop.

Tyler Brûle is a Canadian-something who lives in London and round the world. Despite everything, every manager of every luxury hotel wants him to stay as they know he may well write about them.

He does, after all, have his Fast Lane back-page column in every Saturday’s Financial Times, and he also oversees what goes into his own magazine, Monocle.

You might, by the way, catch him running in and out of the Park Hyatt or Peninsula in Tokyo, or, in Hong Kong, the Grand Hyatt – but not with Kylie Minogue.