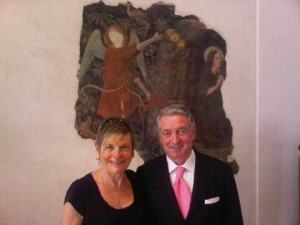 Vincenzo Finizzola, boss of Four Seasons Milano, in front of a mediaeval fresco in the hotel's lobby

Vincenzo Finizzola is a happy man.  A whole decade after the idea of putting a proper spa into Four Seasons Hotel Milano was first mooted, it is happening. (As former Ravello resident Gore Vidal, who died this week, said, There is no human problem which could not be solved if people would simple do as I advise..)

Millions of euro and buckets of anxiety later, this luxury hotel’s spa is in soft opening, which means one or two lucky people have been shown in, or rather down and round, and some have even been invited to try a treatment.

And just as she yesterday toured the forthcoming spa at Four Seasons in Geneva, now, on your behalf, the gal has taken herself to Milan and acted as a delighted guinea pig. 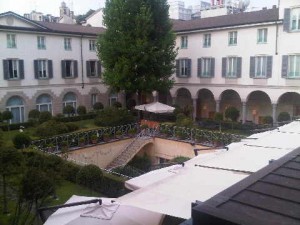 Looking into the courtyard from room 118

To recap.  The 118-room luxury hotel is in peaceful via Gesu, leading off the busy Monte Napoleone in the Triangolo d’Oro, Golden Triangle. Donatella Versace is just one of the big names who lives in via Gesu, and a bright awning at street level announces that there is an Acqua di Parma store here.

Barely anything announces that the hotel is here, at Number Eight.  This was a convent, Convento della Santa Maria del Gesu, going back to the year 1432.  Legendary hotelier Bob Burns saw it, thought it would make a lovely Regent Hotel, and then Four Seasons bought the Regent brand, so hence the hotel. 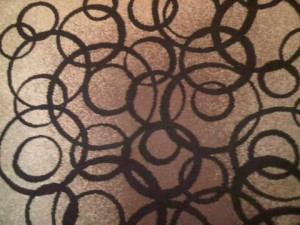 It opened in 1993, and the main three-floor block extends around the convent’s inner courtyard.  Today this bears immaculate lawns and manicured laurel trees in columns eight deep.

The courtyard-facing rooms, say 118, are especially quiet. You reach them via cream corridors with rather imaginative circle-patterns carpet.  You can also choose other rooms, say the 2,800 sq foot Royal Suite, with 350 sq ft of rooftop gardens, or 109, the 1,173 sq ft Brioni Suite, decorated by Edgar Vallora, who used to do all the Brioni stores. 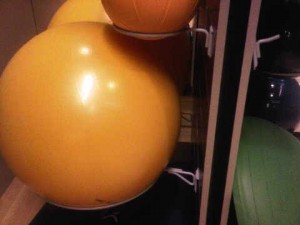 .. and an artwork, of Pilates balls, in one of the two gyms.

From 115 it is a five-minute walk along to the elevators or spiral stone staircase that leads one floor down to the main level.  Continue down this staircase and you find yourself at the top of the three-floor spa that has been dug out of the rock beneath the very hotel.

First, for fitness addicts, there are not one but two gyms down there, one with balls and Kinesis and the other with ample banks of general equipment, all Technogym. 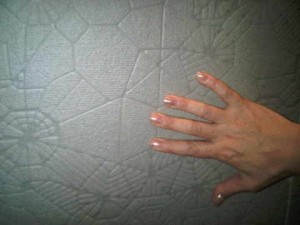 Walls of Carrara marble are etched by computer

Someone has thought this out very seriously.  The design of the entire spa is by Patricia Urquiola, a Spaniard who lives in Italy – she has done Mandarin Oriental Barcelona, and honestly her spa concept is first class.  She has used stunning soft woods, and skilful golden to natural lighting.

Many walls are giant slabs of grey Carrara marble that have been uniquely etched by computers that have also chosen the design.  One wall might like a spider’s web, another like the print-out from a ticker-tape machine. 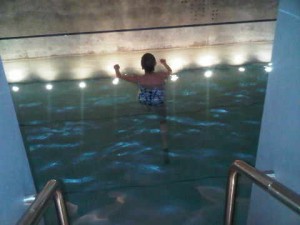 Into the 60-foot pool, with a mediaeval barrel-vault ceiling over

You have a choice of La Prairie or Sodashi products, and if you are in the couple’s suite, which comes with a working fire and, to one side, sunken vitality bath.  Anyone, however, can use the main pool, just over 50 feet wide, enough for four to swim simultaneously (they provide really attractive disposable swimwear).

The walls are cleaned brick and they soar up to a barrel vault – yes, an original 15th century barrel vault; this is the old cellar of those convent ladies (what DID they keep down there?). 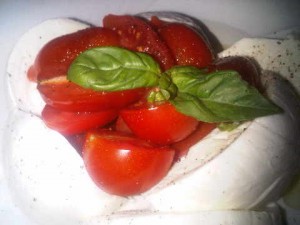 A snack in room 118 while planning which shops to hit first...

So you have history, and the latest design, and Four Seasons’ spa standards all in one place. But obviously you, a visitor to Milan, have one other thing in mind.  Shopping.

If you have not got time, or energy, to go out to the Brioni, Missoni or Zegna stores, never mind, the concierges here can arrange for them to bring their latest goodies to you.  Stay in your room, order up a caprese to remind yourself that you are back in Fashion Capital of Italy, and simply make the most of every minute. And, if you can, plan to be in Milan October 11-13, 2012, for La Vendemmia in via Montenapoleone, when there are curated winetastings in haute couture surroundings organised by Associazione di via Montenapoleone.