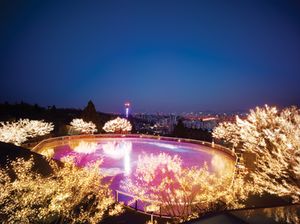 There is a certain Swiss gentleman who is held in the highest esteem by many in the world of luxury hotels as he certainly knows what he is talking about.  Andreas Stalder created many of the best hotel restaurants in the world – think Mezze9 in Grand Hyatt Singapore, Made In China in Grand Hyatt Beijing, New York Grill in Park Hyatt Tokyo, 100 Century at Park Hyatt Shanghai and, mostly recently, Flying Elephant in Park Hyatt Chennai. Ask him his favourite hotel, the gal says, and he has to admit that overall, it is Grand Hyatt Seoul (does he go ice-skating there, in winter?). 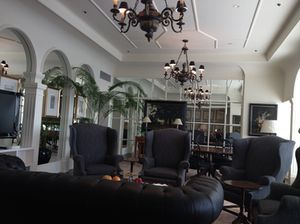 Take a look at this hotel. Not the newest in town – it goes back to 1978, but, like a much-loved pair of shoes, it can still be a favourite. There are 20 floors, plus two below the lobby level.  Arrive afternoon or evening and there will be live music in the lobby.  Head for your room, one of 601 – but never mind, there are 900 people to look after you.  The knowledgeable choose something on the top floor, which used to be a restaurant. Number 2002, the 2,000 sq ft Ambassador Suite at the end of the 20th corridor, looks as if Somerset Maugham has just checked out.  In fact the first guests to check out were Prince Charles and Princess Diana, on what turned out to be their last official visit together. 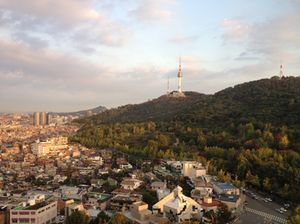 View up to Namsan Mountain

Its all-white walls are highlighted with mirrors, in some places echoing the windows along the opposite walls. There are wall-set columns, and black-lampshade chandeliers overhead. Flooring is sustainable bamboo, with oriental rugs.  A copy of Webster’s dictionary might suggest this is a place for crossword addicts. Look down from the windows to the skating rink.  Look up, to Namsan Mountain, oh what a lovely place for a morning climb.  It may well come to that, actually, as the 24-hour gym here, as big as two tennis courts, is so busy that sometimes you cannot get on your preferred machine.  Is it true, incidentally, that President Obama worked out down there with the locals when he was last here? 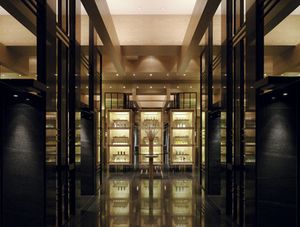 Entrance to the sensational spa

Koreans are keep-fit addicts.  The hotel has its own jogging track, and off-campus the city has installed miles of cycle tracks.  With the steep slopes here and there, it makes the idea of an electric bike very appealing for some.  After watching the CEO of Woolworths South Africa making sushi (on TV – I was in the gym) I need to recover.  A Kerstin Florian caviar facial is just the ticket, done by Elly in one of the 14 rooms of The Spa at Grand Hyatt, a 2007 conversion of a row of shops. John Morford, who did the above-mentioned New York Grill, and the entire Park Hyatt Tokyo, plus much of Grand Hyatt Hong Kong, has done this whole hotel. 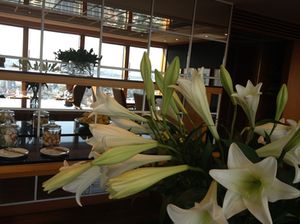 The Club Lounge, on the 17th floor

There are memorable moments at every turn. In the 17th floor club lounge, once breakfast is finished, flowers on a central table present a real art-work. A Korean breakfast, by the way, is another art-work all in itself.  Order it in your room and as well as the usual fruit, juice and beverage, you get clam-tofu-onion-beanpaste soup, pan-fried Australian beef sirloin and prawn, and kimchi with dried seaweed, mixed salad and red pepper powder.  Good luck, is all I say.  Time to return to our good friend A. Stalder.  He is so adventurous he is bound to try Korean food, but not me.  There was a man next to me in the gym early this morning whose breath was so kimchi-laced I had to move to another machine. 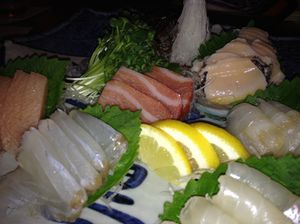 I do imagine Mr Stalder savouring the sashimi in Akasaka, one of the luxury hotel’s many restaurants.  It is brilliant, cannot have enough of it (they also have a Tenkai skewer restaurant at the hotel – I last went to a skewer restaurant in Osaka).  Interestingly there is no Italian here, and no Korean – but you do have a Korean Song Bar, also known as a Karaoke, and one of the world’s finest nightclubs, J.J’s, which has been going for at least 25 years.  The Manager of J.J’s, Laurent Khoo, has a coup of a name.  Get to know this guy who has an enviable Rolodex and you might just get in, even on one of its usual crowded nights. Pop along Friday October 25th, 2013, and you will coincide with its Halloween ‘koala zoo with pumpkin party’.  Eh? Perhaps this is another Stalder special.