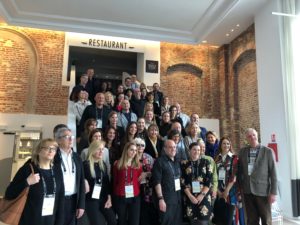 Straight from Amsterdam and Virtuoso, the gal travelled south through Belgium to France, and to the Normandy coast, namely to Deauville. Why? To join a media day that preceded the fourth annual meeting of the Traveller Made consortium. Started only in 2013 by former fashion business tycoon Quentin Desurmont, Traveller Made now comprises 318 smaller travel agencies, with an average 14.8 advisors each unit. 147 of the agencies are in Europe, 51 in North America, 34 in Russia/CIS, 21 in Asia, 19 in Middle East. Luxury hotel suppliers joined agents in Deauville, 680 in total plus 60 invited media, including key players from Brazil and Russia. 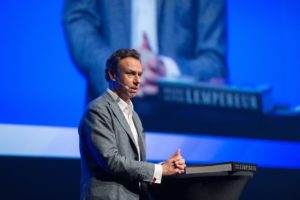 The whole event, called The Essence of Luxury Travel, took place March 18-21, 2018, but I was only there for the media day, March 19th. Desurmont firmly stressed that this is the largest consortium exclusively for luxury hotels and places – adding authoritatively that, for him, cruises are not luxury. Interestingly, private jets do pass muster – he tells of a Paris agent currently arranging a round the world trip for 10 private jets, flying more or less in unison. Overall, although HNWIs are thought to favour individual one-off properties, 52% of reservations are for brands. 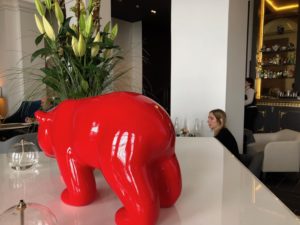 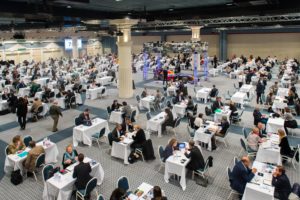 The media day was held at Cures Marines, Hôtel Thalasso & Spa, one of Accor’s MGallery properties – GM is Emile Viciana. This is an Accor brand that is new to me. A one-time casino which was abandoned, its original brickwork has been cleverly blended with modern elements, and quirky oh-what-fun animal sculptures, to give a bit of a campus-luxury feel. The hotel has a double-height living room, with lounge, buffet corner for all-day snacks as well as proper meals, and its far-end staircase is just great for group photographs! The next day, in another venue, the speed-dating between travel agents and suppliers began, in earnest (photos of speed-dating and of Quentin Desurmont by Sandrine Boyer, courtesy Traveller Made).