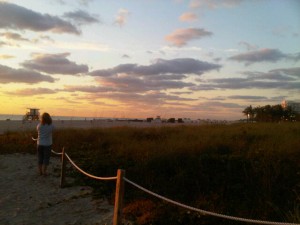 Sunrise, a few steps from The Raleigh on Miami Beach

Every day the sun comes up (in most places of the world) and every day it goes down again.  Earlier in the year the gal saw spectacular sunrises from Miami Beach.

There were others out on the boardwalk, taking photos. Take a few steps out from The Raleigh, at Collins and 17th Street, and there you are, watching the dawn. 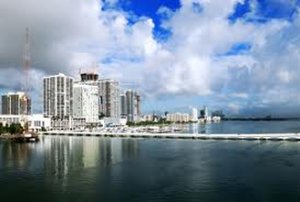 Miami sky, later in the day

It was time to head back to Miami – again. At least the airport got the girlahead once-over and it wins higher marks at every visit.  This time I allowed plenty of time in case my St Martin to Miami plane was late.  It was not, it was exactly on time and American Airlines even handed over cups of water or coffee for free.

Better-than-expected up in the air is always welcome when travelling from one luxury hotel to the next.  Having that extra time, I headed for the nearest Miami Airport hotel I could find, for a day room.  The Holiday Inn Miami Airport fits the bill, better-than-expected. The half-hourly complimentary shuttle arrived three minutes after I stood on the right spot outside Departures. 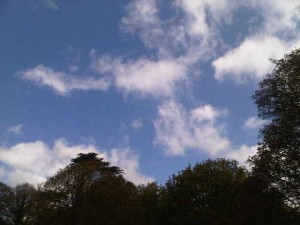 Seven minutes later I was in a nine-floor hotel that, with carpark around, occupied all the gap in the middle of what can only be described as a concrete jungle of highways.  Inside, it was cosy, super-satisfactory with lovely warm people.

It has a small gym, an outdoor pool, and free WiFi. The bedroom was clean and, as per Holiday Inn standards,  two pairs of pillows, one pair banded Soft and one banded Hard. 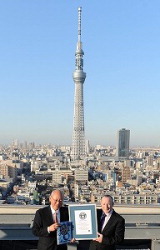 You can do without many things for a few hours.  There was neither minibar nor restaurant BUT… on arrival I was handed a Golden Welcome, a box containing a bottle of Evian water, a pack of crisps (sorry, chips in American lingo) and a pack of Famous Amos chocolate cookies.

I handed the whole thing back on departure as girlahead is not into crisps or cookies and she had water anyway.  There was a coffee maker in the room, and in the lobby, alongside a couple of computers, the 24-hour Café Express offered hot items plus a satisfactory tuna salad.

I wondered yet again why airports and luxury hotels are not a natural marriage, worldwide (there are great Hiltons at Copenhagen, Frankfurt, London Gatwick and London Heathrow, a Sheraton at Frankfurt and Radisson Blus at London Stansted, Manchester and Zurich, all attached to terminals).  Anyway, this Holiday Inn is certainly satisfactory.  I wrote a couple of articles, looked out of room 601’s window at – concrete and sky. 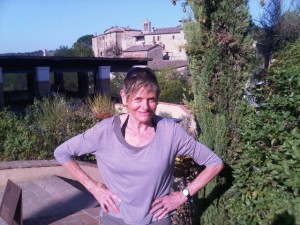 Today I look out of my window in England at – greenery, grass and trees and the like, and sky.   Every day life is different. I go cycling, and it starts pouring with rain.  The sky stays black, all the way home, and then the clouds disappear and it is blue up there.

Next Tuesday, May 22nd, 2012, Tokyo residents will be hoping for a clear blue sky.  That is the opening of the city’s Sky Tree, and there will be celebrations and fireworks.  That is the day that Mandarin Oriental Tokyo is offering a party of a lifetime, to look at the structure designed by Tadao Ando, with the help of sculptor Kiichi Sumikawa (I must say I think Akira Minagawa, of Minä Perhonen, has designed staff uniforms that seem deliberately unflattering). 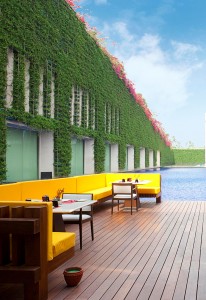 The Oberoi Gurgaon, with the world’s largest living wall

Summer-long you can generally be assured of beautiful blue skies in Italy.  Someone asked the other day for a perfect different holiday for a family with inquisitive kids – how about the original hilltop village that is Castel Monastero, a new Leading member?  As well as vineyards and old buildings, and the sky above, there is cycling and food and wine, and a spa and pools, and sometimes Dr Ali, to take away any hint of back pain….

In India’s main cities you can go for a long time without seeing any blue.  Sometimes it is like looking through a thick fog. At the Oberoi Gurgaon, you look down, instead. 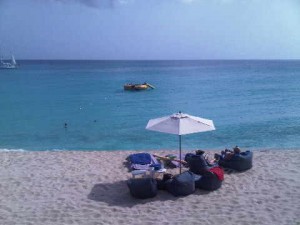 From the Presidential Suite you look over your cantilered private pool at what is going on at ground level, six floors below, where the blue-tiled ornamental pool, the size of a football field, occupies the space between the arms of the C-shaped building.

The Oberoi‘s Restaurant 361 extends into the water, on pontoons.  Sit out there, looking at blue water rather than sky, and you also get your greenery in the form of the world’s largest living wall, refueled by thousands of plants grown on the Oberoi family’s private farm. 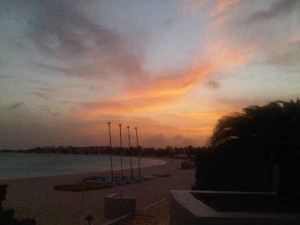 But if you really want blue, of course, head for somewhere well, like the Caribbean.

You have the beaches and sea and the sky at La Samanna.  And for a sunset of a lifetime, Cap Juluca on Anguilla – see below – did not exactly do badly…