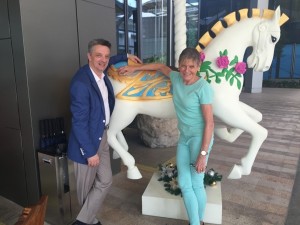 Which luxury hotel in Singapore is totally different? Take the question a bit further, says the gal. Which hotel globally is truly unique? The answer is The South Beach, Singapore, still at its opening stage – only 250 of its eventual 654 rooms are open. Let us look at what is original about it right now. Think of two adjacent glass towers, both covered in shiny blue glass, both with some open-floor spaces, neither exactly truly vertical. One is offices.  The other, which soars to 45 floors, has the hotel with, in future, 190 apartments to sell, above it. Down at ground level there is an assortment of knickknacks, including one-off chairs and a carousel horse, used here as a support for the German GM, Jan Büttgen, who is certainly a one-off – like the hotel which, for a start, was military for decades, and some original buildings remain, beautifully adapted by architect Norman Foster. 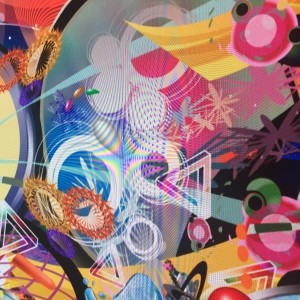 Kwek Leng Beng, the ultimate owner of all this, told designer Philippe Starck that he wanted all public areas to say WOW, and they surely do.   Just inside the all-glass front door is this 489 sq ft LED screen, a constantly-changing kaleidoscope of multi-coloured patterns by a Korean female designer, Lili Nam. Walk around the ground floor, past a Botero sculpture, and you see what Starck calls a global village, with a Scandinavian corner, a Chinese bureau, a glass-walled acoustic chamber for private conversations, and several long tables, one of which has 17 chairs round it – eight silver Philippe Starck chairs down either side and, at one end, a tall-back bamboo chair that looks decidedly unfinished. Over the entire global village hang an assortment of over-the-top louche chandeliers. You expect burlesque meets Oscar Wilde at any moment. 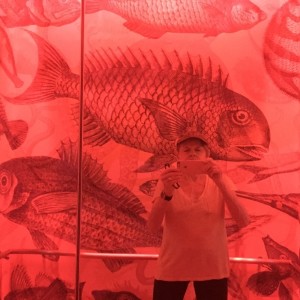 Elevators are similar extraordinary. Their interiors have been painted by a special process showing three different marine scenes. As the cabins rise and fall, ceiling-set lights go through blue, green and red. Each light makes a different scene stand out, so it appears there are three different pictures. For anyone worried by so much originality, let me say that, honestly, the bedrooms, by contrast, are somewhat traditional – well, bed in bedroom, bath in bathroom, Toto toilets, but against the off-white walls stand ten-foot black and white photos, perhaps a silhouette of a female dancer. Back to the public areas. There is one of those big-circular-wheel bicycles, a ciclotte, in the otherwise-Technogym fitness centre, which also has some soccer-sized balls. These are taken out, at 7pm, and switched on, to give day-glo illumination to the side of the adjacent infinity pool, to stop people falling in. 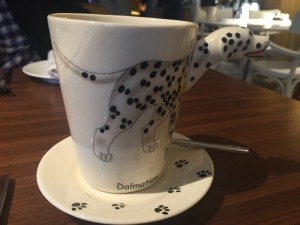 The all-day dining space is another once-off. Philippe Starck designed it as a collector’s home in Marrakesh. Down one end of the long space are groupings, bunches of white chandeliers. At the far other end, an entire-wall LED screen shows enticing features like a giant ice cream cone. Staff named this whole space ADHD, which here stands for All Day Hotel Dining. Food comes on standard white china until, surprise surprise, dishes start arriving on colourful ceramics, and the final wow is coffee, which is presented in a dalmatian-decorated mug. ‘I want continual touchpoints‘, says Jan Büttgen. Add a barrel-ceilinged ballroom, which Philippe Starck converted from the former military drill-hall by hanging over 6,000 LED lights from said ceiling, and putting an ankle-deep cream, blue and brown carpet for a plush feel as you walk across to yet another event. Yes, this luxury hotel is picking up masses of plush-carpet events even before it is fully open. This is fashionista heaven.