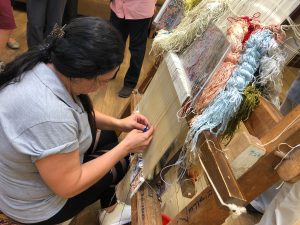 One of the joys of travel is the continuous introduction to a wider world. Ponant’s divine Le Lyrial luxury cruise ship stopped at Kusadasi (‘bird island’), on Turkey’s Aegean – Asian – coast. This is a town that lives off tourism: its population of  90,000 swells to half a million in the height of summer. The main attraction is Ephesus, and the joy of travelling with a group is that you are spared long wait lines to get into the historic area – security was really good, by the way. Inside, as at all the archaeological sites we visited on this trip, there was minimal litter (at Olympus, they cleverly display a clear plastic container to hold coloured tops of water bottles which makes putting them there, rather than on the ground, an attractive proposition).

Ephesus, which goes back to c10th BC, is huge, 662 hectares to be precise. There is so much to see (just one composition is shown above) .Its original Roman roads, shiny marble slabs no less, are in some cases angled, and thus precarious – but there are plenty of signs giving the phone number for an emergency ambulance! And, a lovely touch in scorching Summer heat, ice-cold wrapped linen towels were offered as we left.

Actually I think the towels were arranged by Ponant’s local representatives, but well done nonetheless.  They then, back in Kusadasi, took us in small groups to genuine carpet studios. I had seen carpet-making many times but the woman working in Heritage was knotting silks at lightning speed. This is a dying art, said Heritage’s owner. Being introduced to the age of the Ephesus ruins, and to a skill today that might soon also become history, showed me yet again the educational value of travel.