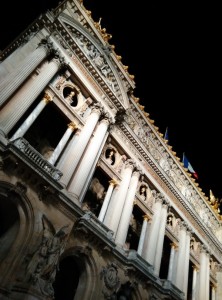 The Sybaritic Single prefers traditional luxury hotels to designer hotels. To him, fashion and contemporary elements are important, but they should not be overshadowing style and convenience, which are timeless.

During his recent opera jet-set to Paris, this intrepid traveller decided to forego the allure of palace hotels and instead, for once, to give a chance to a designer hotel, located next to Palais Garnier.

Pre-arrival seemed seamless with electronic check-in and even a promise of his mobile to be programmed remotely to replace a keycard. Impressed by the innovative technology, the Sybaritic Single was promptly disillusioned once he reached his room. His mobile phone refused to open the door without any obvious reason. Instead of the XXI century arrival, he now had to walk back to the front desk and wait painfully long while a receptionist tried her very best to fix the wonderfully wacky whatever. Despite all efforts, it was still beneath the diamond-studded smartphone’s dignity to serve as a room key.

Eventually he was in his room, opened by an old-school plastic card. The Sybaritic Single quickly changed into the slimmest Dior tailcoat and proceeded to the opera. Having enjoyed Madama Butterfly and walked through some rain to refresh his senses, he was finally back at the hotel hoping to discover a trendy Parisian bar. Yet the hotel did not have any, and the disillusioned opera aficionado had no other choice than to ascend to a bedroom filled with many spotlights illuminating trendy black walls. In next morning’s sunlight, the black walls looked much sadder than at night – nightclubs rarely look attractive during the day.

Before anything else around him turned into a pumpkin, the Sybaritic Single took a quick shower – pretentiously located in the middle of the bedroom and therefore leaking generously on to the carpet – and, jumping through the swamp of the soaked carpet, hurried to his next destination. “Ostentation over substance”, he thought.

“Perhaps our sister property on Avenue George V is more you”, clinched the receptionist as he left.