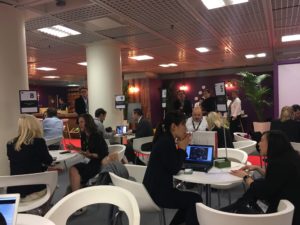 Interviews in the media room

Even on the last day of that luxury hotels’ marathon, the three different events of ILTM Cannes were super-impactful, says the gal.  On top of nonstop meetings 9-12 and 2-5 every day it was hosted breakfast(s), lunch and evening things. Tuesday was the official party, Wednesday dozens of cocktails, Thursday was wondering how to get everything in the suitcase. But there had to be a moment to recap news coming in, nonstop. 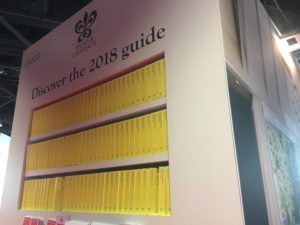 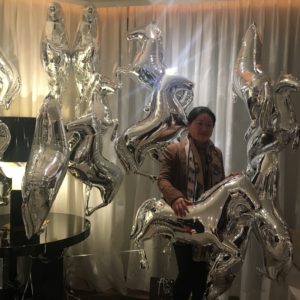 One of the man Majestic parties 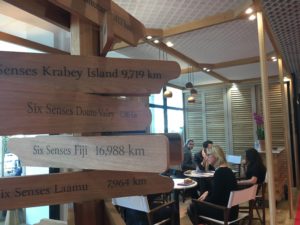 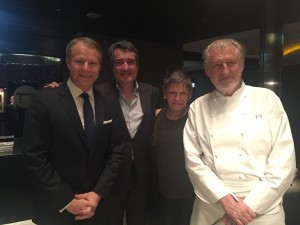 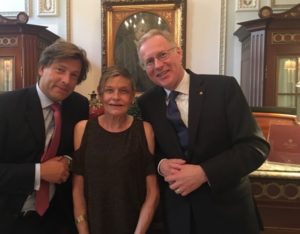 Soneva’s Sonu Shivdasani invented chocolate factories at his resorts: now, in the Maldives, Soneva Fushi, which has a on-site glass studio, cook with molten glass (no, we do not know how – ask Sonu). At Soneva Kiri, there’s a new table-for-two, offering a five-course menu, all mushrooms, in a cave hidden by foliage. At Soneva Jani, waterslides going directly from over-water villas with retractable roofs apparently continue to go viral • Hotel Sacher Wien (GM Reiner Heilmann) has Time to Chocolate for spa, and bathrooms – choose a Rochon-designed new-build seventh floor terrace suite overlooking the Opera (so close you feel you can touch it) and book ahead to join local diners in the hotel’s Rote Bar • The Imperial New Delhi (GM Vijay Wanchoo), designed by Lutyens as part of the 1931 city plan, has subterranean squash and white-marbled wellness, walls discreetly embellished with inlaid precious stones – don’t miss an above-ground 19th century Anglo-Indian art tour • The Negresco, a unique five-floor eclectic art-house (Niki de St Phalle, Rodin, Vaserely), has bellmen in hunting gear, Michelin dining, best views over Nice’s Promenade des Anglais, GM Pierre Bord • Home of Tiepolos and more, at Cavalieri Rome (Waldorf Astoria, GM Alessandro Cabella) the Petronius Suite, just redesigned by Studio Papiri, can be extended to 4,400 sq ft – and why not take a Veuve Clicquot picnic into its park? 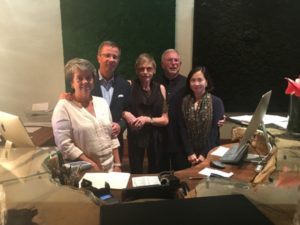 Claudia and Eric Favre, left, and Onno and Alexa Poortier 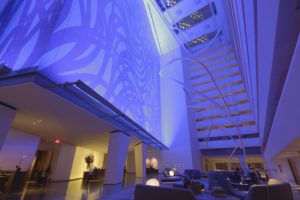 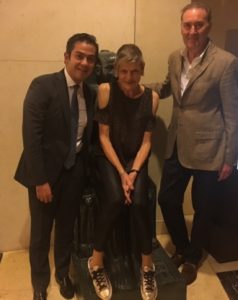 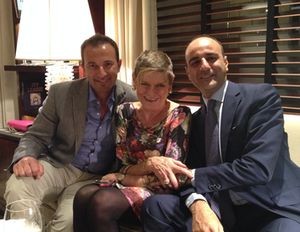 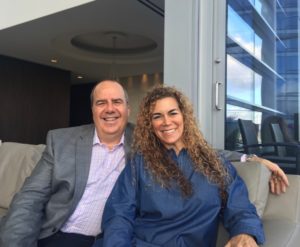 And then the luxury hoteliers and other ILTM enthusiasts scattered worldwide – for Christmas, New Year and to clear up after all that ILTM data input.  Matthew and Jessica Upchurch are taking their lovely family volunteering for a week, in Central America, while a Rome GM wonders what to do with a top ILTM buyer descending on him for New Year. The astute have, like me, already marked their dairies for ILTM Asia Pacific, Singapore, May 21-24, 2018, and Cannes, ILTM, December 3-7, 2018.  The marvellous B-Network had all logistics in hand. A woman in the uniform royal blue scarf (and much more) handed me a helicopter ticket, I was driven to Heli-Monaco, put in a chopper and flown direct to Nice airport. Leave in style.  SEE THE VIDEO BELOW