Getting to and from luxury hotels in today’s world is all about planes, private or scheduled, and trains, limousines and ordinary cars, and taxis.  But transport still works in unexpected ways.  On the way to the airport this morning the gal saw an old man, like well over 60, in a helmet, cycling, very slowly and wobbling terribly.  He was smoking a cigarette. The young man standing nearby said he had never cycled-and-smoked, not because it was unhealthy or dangerous but the cigarette burned itself out more quickly…. a few hours later Pierre Ferchaud was reminiscing about transport back home in the Chinon area, in the vineyards where he grew up. 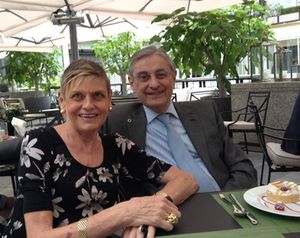 This versatile Frenchman wavered, in his late teens, between architecture and running hotels. After years in Paris (Le Grand, Le Meurice, Le Bristol and Fouquet’s) he has been helping Michel Reybier set up La Réserve Paris.  Now he has moved on to help reposition Steigenberger Grandhotel Brussels.  We sat outside on the terrace of Witcher’s, the bistro named for the family that at one time owned this central spot.  It was idyllic, a lovely mild evening, no wind, and fig trees in pots to give the feeling of a garden, even though here we were in the capital of Euroland.  Around us were lots of locals, always a good sign. 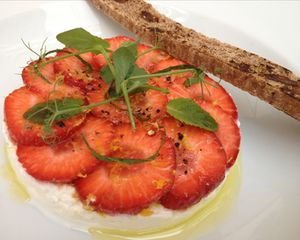 The hotel is like an old lady. Its 1911-vintage façade remains, with its 1993 interiors fortunately being redone. The team is being redone, too.  The new chef, George Leivadiotis, is full of ideas – loved his starter, ricotta with a little drizzle of olive oil, topped with strawberries.  The sommelier, asked for a Pinot Noir, suggested an Alsatian, Trimbach 2011, which arrived in a cooler.  Do you know, chilled like that it was absolutely spot on.  I thought back to earlier days when Vicomte Bernard de la Giraudière, who more or less singlehandedly put Laurent-Perrier top of the Champagne league for its owners, the de Nonancourt family, taught me to eat strawberries with black pepper (and LP). 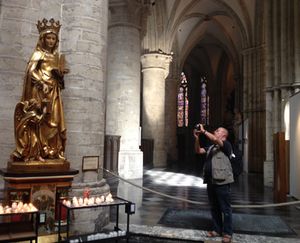 A sightseer summons energy to take a Cathedral photo

It is interesting being back in Brussels after a few years’ away.  There is no immediate sign of the EU everywhere, no placards or sirens wailing as Barroso, or rather Juncker, are whisked quickly through impassive crowds.  It is only two days on from Belgium’s historic World Cup win over the U.S.A., but surprisingly the only sign I see of that is a considerably jaded flag hanging limply out of a window.  Sightseers seem to have most energy in this heat. Belgians seem a bit nonchalant, actually.  Arrive here, at Zaventum airport, and there are no e-passport booths.  Passports are not even swiped.  The placid female who ‘did’ my passport merely glanced at its photo, did not even look at me, waved me through.  So much for security. 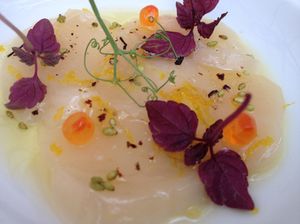 A passport tells you a lot about the alertness, re. IT, of a country.  I check in to another hotel and the passport details are written down manually, taking up three times the time it would take to scan it (it cannot be the money – my own scanner at home cost £90, British Airways inflight so I got double-miles on that amount).  Something tells me the Belgians are rather behind the times, unless it comes to food.  Robrecht Willaert owns and publishes the travel trade bibles, Travel Magazine, available both in Dutch and Flemish.  For Belgians, he says, holidays are all about food. What they eat and drink is very important (I had better not repeat what he said about Dutch on vacation). 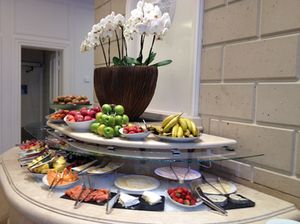 Strawberries on the fresh fruit buffet

Back to strawberries.  This is the season, and there are in fact two bowls of them on the big fresh-fruit counter at the Witcher’s breakfast buffet.  I helped myself, to home-made yoghurt, much nicer than the Beillevaire packaged ones, and the really sensational carve-your-own breads, to go with French butter and jam (d’Isigny and Andresy, respectively), and sat back on the terrace, musing over coffee.  What does Angela Merkel eat when she stays at this luxury hotel, her Brussels base when she comes to cajole D. Cameron, F. Hollande and the rising star of Europe, Matteo Renzi?