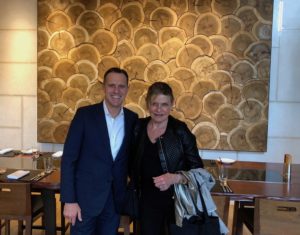 Back in Japan at this time of year, it is of course essential to look at sakura, cherry blossom, which is such a religion that for a month from a stated date in the third week of March it dominates the entire Japanese psyche. Said to be the biggest tourist draw in the world, this has gone on forever. By contrast, 2018 is the first sakura season for Massimo Moreschini, who arrived in January as Director of Rooms and Hotel Residences at Kyoto’s newest luxury hotel, the 13 month-old Four Seasons Hotel Kyoto. The gal thought it appropriate to call by, especially since back in Seoul, that Four Seasons’ GM, Lubosh Barta, had spoken of an increasing number of long-haul travellers who put Seoul and Japan, namely Tokyo and Kyoto, into the same trip. 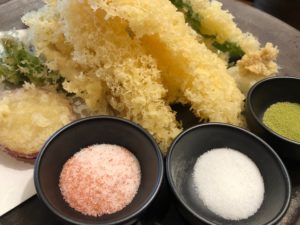 Massimo Moreschini, who, despite his name was born in England (his mother is from Banbury), had always wanted to work in a Four Seasons and when the opportunity came, he went through the statutory five interviews, even though his pedigree includes London’s The Dorchester and, latterly, Raffles in Singapore. One of his tasks here in Kyoto is to hire 23 additional room maids for the cherry blossom season. The hotel will be full, with all 123 rooms booked long ago, and most of the 56 sometimes-let owned residences taken as well (the 57th residence is never put into the hotel pool). During sakura time, average length of stay jumps from two nights to over five. Whereas a check-in’s room must be minutely checked, and personalised to known preferences, it still takes time to clean a room when someone is in-house, especially for a few days. 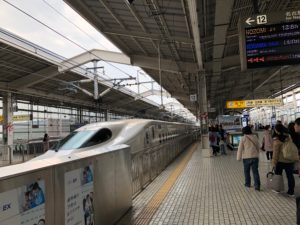 With longer stays, and the calibre of sakura guests, idiosyncratic preferences must be exactly followed. How does someone like their make-up bottles placed? There is also an additional challenge during sakura that all guests are, or think they are, VIPs and their concierge demands for bespoke itineraries are, well, exacting. The answer, says Massimo Moreschini, may possibly be to set up a concierge command centre, out of sight. I was impressed, in my brief stay, how alert the team is here. They knew I was there for a 45-minute lunch, ordered at table, and my goodness they were astute, bringing sashimi and light-as-air tempura simultaneously – I loved having plain and calamansi-flavoured butters with the home-made breads. 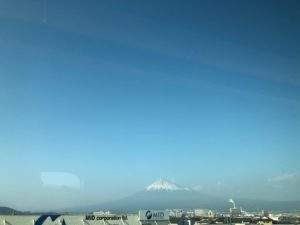 This luxury hotel has a major location advantage, being about 17 minutes to the Shin-Kyoto shinkansen station. You stand on the well-signed platform at the number of your carriage. A full barrier stops anyone falling on the line but this partly pulls back when the train glides in, and of course stops at the exact spot, at the exact minute. The canny traveller knows, by the way, to get a seat on the left to be able, if the weather allows and you are travelling at an average 135 m.p.h, to see Mount Fuji. The train certainly beats domestic air travel in Japan (having had superb and copious buffets in Japan Airlines’ international lounges, yesterday at Haneda’s domestic terminal the only food on offer was puff pastry-covered curry puffs and I do not ‘do’ curry, ever).