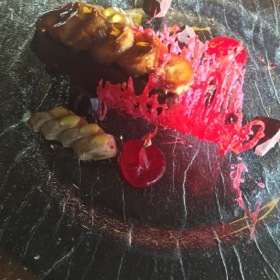 The gal went to the Dorchester Collection‘s luxury Milan hotel, Principe di Savoia, primarily to talk to its boss, Ezio Indiani, about what makes Italian GMs unique. How is it they have such flair, combined with a sense of humour and thoughtfulness. Take the last feature. Someone had noticed the appreciation of having bananas in the welcome fruit bowl. Back upstairs after dinner, there was a two-bite banana cake, specially made as night-time treat. It actually looked more like an Ascot or Chantilly hat and was far too good to eat, but the thought was there. 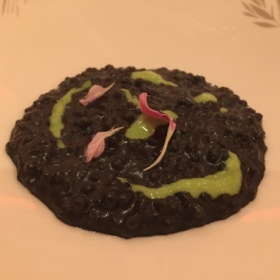 Italians are daring. Chef Fabrizio Cadei, in Acanto restaurant, has a squid ink and ink Sardinian fregola, with Ostrika fin de claire, leeks and peas that certainly looks different, tastes great, especially with a chilled glass of Ca’del Bosco Prosecco (wonder if you get a glass when going into Hugo Boss or Valentino stores, since Gaetano Marzotto owns all three brands?). It is time to talk Italian traits with Ezio Indiani. Italy has been invaded so many times that we have become survivors, he says. ‘We have become used to understanding people and we can deal with situations.’ 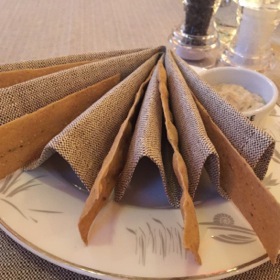 His 300-room hotel will be even busier than usual for the next few months because of Milan’s World Expo. But what with its regular fashion and furniture shows, and masses of cultural events, Milan has lots of high peaks anyway. The knowledgeable choose to fly into Linate rather than Malpensa because the latter is three times as far from the centre of the city. Shoppers who know, too, arrive with plenty of suitcase space to take home all the things they buy – and with the plunge in the Euro, this is now a jolly good retail opportunity for US dollar shoppers. 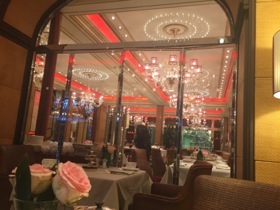 We continue talking about what attracts foreigners to Italy. It is also the little things, I dare to suggest, pointing out that dine in this luxury hotel’s stylish restaurant, Acanto, and bread wafers arrive slotted into a napkin set as spokes of a wheel. But then look around the entire restaurant, and its many parts, and what designer Celeste Dell’Anna has produced just sings style, as an aria rather than pop-star shout.