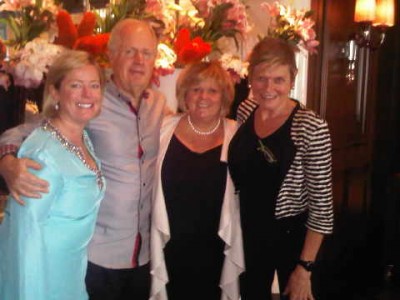 The Ueberroth family are sensational.  John, father John, has been a legend in travel for, well, some years.  Now he is Chairman of Preferred Hotel Group.  His wife Gail, a former flight attendant who already knew the world when they met, is Vice-Chairman.

Daughter Lindsey, who had been travelling from the the day she first opened her eyes to the world, is President.  Brother Casey, who also works in the family firm, is not here as he is on paternity leave back in California.

Preferred Hotel Group is 650 luxury hotels across all brands, and 161 of the group’s owners and managers, and the gal, met at Leela Palace Delhi for the annual conference, October 18-20, 2012. 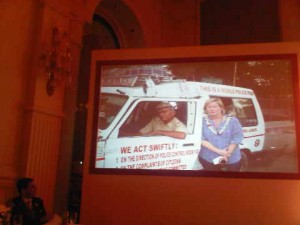 As shown on the screen, Lindsey by a police car – a photo safari entry

This is one of the most friendly groups you can imagine, in travel, tourism or, indeed, anywhere (I think a convention of Father Christmases would be like a cockfight).  Everyone comes up to everyone to say hi.

Just as I leave I meet Mike Freed who had chatted up on the hotel’s rooftop pool – why did I not get to talk with this guy before?  The programme was hard work, but lots of worthwhile play.

One whole afternoon was devoted to team building and local awareness.  Go out, all of you, in teams of anything from three to 17 and compile a photographic safari of Delhi. Did anyone really get arrested? Lindsey certainly got to know the local police rather well. 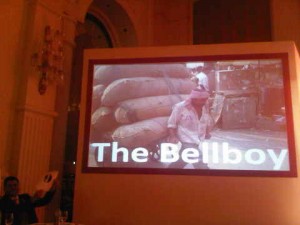 Another safari entry was based round a mythical hotel with ‘bellboy’…

They, like every team, photographed the solid-jam traffic and, high overhead in narrow streets, a criss-cross of very unsafe-looking wires (one such photograph brilliantly had a monkey walking over, as if a tightrope walker above Niagara Falls). 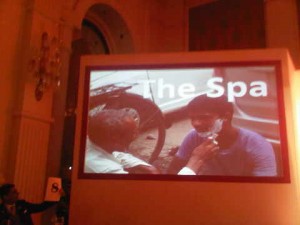 The hotel-safari team also, of course, got an image of the ‘bellboy’.  And of the ‘spa’.  Getting to know India was a vital ingredient of this whole, well thought out meeting.  The hotel’s magnificent chandeliered ballroom had been done up with a very Indian feel to the special backdrop for the stage.  We had constant small videos of Incredible India in between sessions.

Shashi Tharoor, a parliamentarian who, after many years in the UN was runner up to Ban Ki-moon to be current head of the UN, spoke brilliantly.  He started with the immortal words of Elizabeth Taylor, ‘I will not keep you long”, which she purportedly said to her husbands. 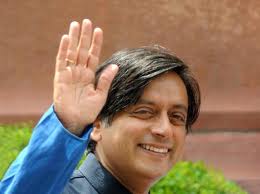 He explained India’s complex makeup, and why it has so many problems.  23 languages, every religion except Shintoism, 360 ways of cooking potatoes.  One of his 13 books, ‘The elephant, the tiger and the cellphone’, sums up India today.  Moving slowly, rushing ahead and besotted by mobilie handies.  In 2007, India had seven million cellphones.

By the end of this year it will be one billion, and the rates are cheapest in the world.  But India has survived the world recession as 80 percent of GDP is domestic consumption, and diaspora, say working in the Gulf, send back $59 billion a year. 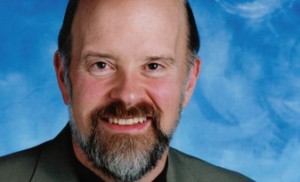 The other brilliant speaker was Terry Jones, founder of Travelocity and now author, motivational speaker and businessman.  He is Chairman of Kayak, and on the board of Luxury Link (one of the Preferred Alliance partners exhibiting here at the meeting).

He pointed out over 65 percent of travel is already booked on line and travel is larger than the next FOUR categories of e-commerce all bundled together.  He also suggested that 47 percent of American consumers shop (online) in their pyjamas and, a scary thought, the average age of readers of hard-copy newspapers is 57.  He urged anyone selling anything online to try to think like their customers. 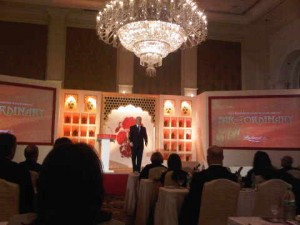 John Ueberroth had opened the conference, and emcee thereafter was Saurabh Bhatnagar, who continued the patter and continued changing designer suits and matching shoes with every appearance.

Everyone was remarkably trim here.  No sign of the obesity that The Economist’s senior editor John Andrews had, in his round up of the world in 2013, said would be the curse of the coming decade.

Frankly, the world has so many problems he was, almost for the first time in the two decades I have known him, more pessimistic than optimistic – and he was speaking before the latest Beirut bombing. 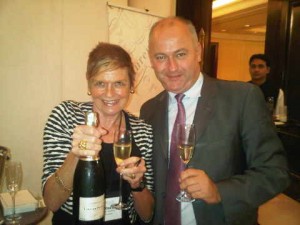 In any spare moment, delegates wandered into nearby rooms for outstanding espresso or water or juice, or to visit the Alliance partners’ stands.  The most popular, not surprisingly was Laurent-Perrier’s, headed by the champagne’s charming Jean-Christian de la Chevalerie, and there was the President of Luxury Link herself, Diane McDavitt.

The Gilchrist & Soames team was showing not only its own toiletries but also Fresh by LVMH and the lovely Diptyque, as in Mandarin Oriental Paris, and a new cobnut body scrub by Mitchell and Peach.

And with that, I rushed upstairs to my super room, 550, where the room boys had thoughtfully put out more supplies of Asprey…