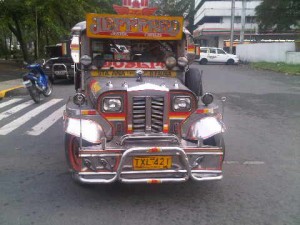 If anything typifies the Philippines, it is a jeepney

Think of the Philippines and you want to smile.  This is the country with arguably the joint happiest people in the world (Bhutan, with its Gross National Happiness chart, claims the title but who cares?).

Every time you see a Jeepney, a personalised carrier taking people across town, sometimes for hours, you smile… The gal had not been back to the Philippines for far too long, and in many ways little has changed; in others it has altered dramatically. 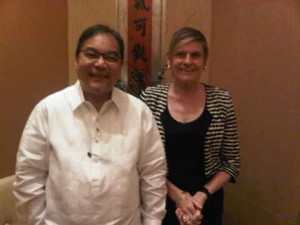 Richard Simmons, boss of the Hyatt Manila Hotel and Casino, hosted a private lunch for the charismatic Ramon Jimenez Jr, Secretary of the Department of Tourism.

He is a boss, too, of all tourism to the Philippines.  He is fortunately a marketing genius – one-time head of Saatchi and Saatchi and a long-time head of his own highly-successful company. 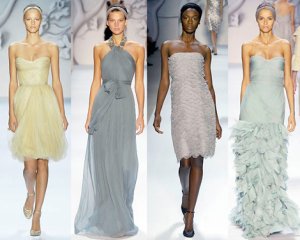 He has the biggest advantage over all his competitors from around the world, he says – Filipinos are natural hosts. You are never a stranger for more than 24 hours.  We take it as a matter of honour to make sure that guests are all right.

After such a challenge as the September 2011 typhoon, which resulted in major flooding along Roxas Boulevard where the US Embassy is, everyone was cleaning up, cheerfully: Filipinos love the opportunity, says the Secretary, to show that they do not only work for money. 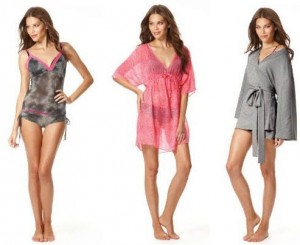 For the first time, in President Benigno ‘Noynoy’ Aquino, the Philippines has, says Jimenez, a president who truly understands the employment that tourism brings (Jimenez works on the ratio that each tourist means one extra job).

Already, figures are 14 percent ahead of forecast for 2012, which is pretty incredible considering both China and Hong Kong are currently blacklisting travel to the Philippines, a state of affairs which affects group travel much more than individuals.

Japan, however, is coming back strongly, Korea and Taiwan are mainstays, and Russia is doing nicely.  Jimenez and his team have identified 78 tourist zones around the country, which the President has signed by decree: no mining can be done within a 100km radius around each zone.

Above the breakfast buffet in the Hyatt's club lounge is Vision, a 3-D artwork by Milo Naval formed entirely of coloured pencils

Jimenez knows he has to get the message out.  He is determined to step up exposure at luxury events, he knows too much concentration has been put on mid-market.  A recent trip to Boracay means he raves about the amazing quality of the sand, and the world-class CHI Spa at the Shangri-La.

Look at Amanpulo Resort, he continues.  You have so much personal space you can barely see the next table at dinner.  The first-time visitor to the Philippines stays four to six days, and there is a 65 percent chance of their returning.

In case anyone wants to buy one of the 7,107 islands, yes, it is possible: start by approaching the Department of the Environment and National Resources.

Challenges admittedly have to be overcome. Manila is too low-lying for underground transport and yet something must be done about traffic that can be at gridlock. A peripheral road will divert heavy transport currently slicing through the city as it moves from north to south, or vice versa. A longer term project is to tempt some of the 20 million who live in Manila to relocate further away from the city. 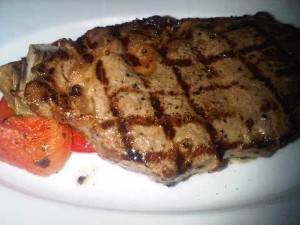 A more short term challenge is the justified reputation of Manila’s three airport terminals. Air travel has lost its romance – 911 changed the paradigm.  Airports must concentrate on efficiency and duty free should be left to downtown stores.

By 2016, all being well all incoming longhaul flights will switch to Clark Airport, which is 2 hours’ away at present but a super-highway will cut that dramatically. The EU and FAA must upgrade their assessment of Manila. Thank goodness for Emirates, Etihad and Qatar, all of which bring masses of Europeans.

Jimenez was in great form at LiLi, Hyatt Hotel and Casino Manila’s fascinating Chinese restaurant based around a mythical woman who studied at the Sorbonne, met her husband in Geneva, travelled in Europe and entertained her friends.  He thoroughly enjoyed the vegetarian dim sum that chef Andy Chan prepared.

Filipinos always have nicknames.  Ramon Jimenez’ names are Monet or Mon Jimenez, but of course everyone calls him Secretary.  He is part of a high-achieving family.  His father was a prominent labour lawyer, his wife is also an advertising-marketing guru, and their daughter Sassa is a fashion designer.

Ah fashion.  Filipinas are right up there with the best-dressed ladies anywhere in the world.  Two of the other top local designers are Josie Cruz Natori, who played solo piano with the Manila Philharmonic (aged nine) and, after graduating in Economics, was Merrill Lynch’s first female VP Investment Banking.

Now she designs sensational sleep and underwear. And there is Monique Lhuillier, a Cebu woman who has dressed Tyra Banks and Angelina Jolie, and she designed Britney Spears’ gown for her 2004 wedding to Kevin Federline.  She specialises in wedding gear, and red carpet specials. 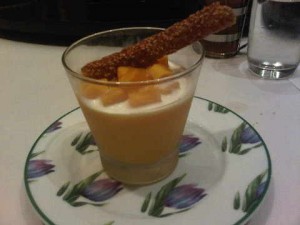 Fortunately it has been all-change in food since my last visit, when I remember toying with pigs’ ears.   This time, Josef Miklavc, Austrian chef at the Hyatt, introduced Kitayama Bukidnon, wagyu-style beef that is as good as any that you get in Australia (but don’t tell an Aussie that).

It was lightly grilled on the Australian Beech Ovenin The Fireplace restaurant, and went with a salad from a farmer who grows practically all the produce the 376-room luxury hotel needs. Josef Miklavc is rightly featured in that worthwhile Filipino cook book,  Manila’s Best Kept Restaurant Secrets, by Ines Cabarrus and Elian Habayeb. One of his special desserts is a mango pudding, making use of absolutely incredible mangoes that are so good you want to wallow in a bashful … 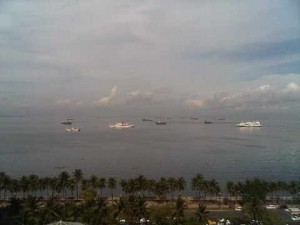 At breakfast, it was The Fruit Garden jams, made by a Frenchman who lives here. I tasted them in the Club Lounge, dominated by a yard-square three-dimensional painting formed entirely of coloured pencils.

Every year the hotel asks an artist to donate works to be auctioned for charity.  Milo Naval’s works all used pencils that could later be given to school kids. 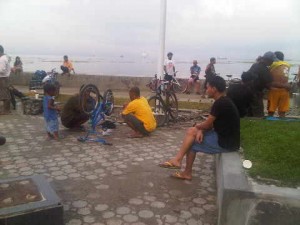 Some of those kids were outside, playing along Roxas Boulevard just outside the hotel.  Look down from your hotel room, to the boulevard and out to Manila Bay.  The US Embassy is 100 yards to your right. Early morning people run, walk and gossip, and an impromptu bike repair place has been set up.  Some things don’t change.