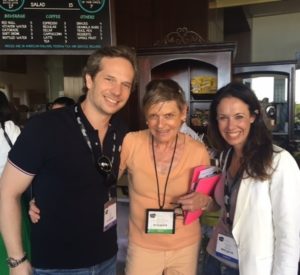 Let us look at some of the fascinating people associated with ILTM Americas, which ran last week, as always, at the luxury Fairmont Mayakoba hotel. Lots of names were new to the gal: Cuban artist and writer Sandra Perez Lozano (above), former wife of composer Pablo Milanés, owns and oversees Casa Sandra on Holbox Island, two hours’ drive from Cancun, and now she opens a much-needed hotel in Havana. Dear friends Eduardo and Ana Gaz, who have recently relocated to Miami, were at ILTM explaining how they have expanded their TTW operations to have a second base, after São Paulo, in Miami – their expansion also adds SKIusa and SKI Americas, taking anyone into the US, or from there, to ski differently, say paraskiing in Iceland. SEE THE VIDEO BELOW. 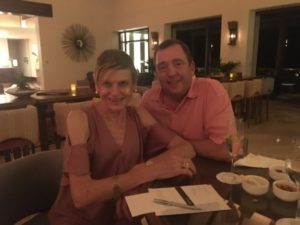 Eduardo and Ana Gaz taught their own daughter to ski at 18 months, they have one regular ski client who is 86. Anyone can do anything, or so it seemed at this year’s ILTM. Dennis Clark, GM of the 401-room hotel, has a regular team of 700 but to cope with the influx of 600 ILTM delegates, plus numerous addenda, he brought others in to help. There were all the usual official parties, and business coffee breaks with deli stands and sushi bars and coffee stations to service, and on top of that other hotels and groups hosted intimate cocktails, or breakfasts, lunches and dinners. A few years ago this young Boston boy planned to be an astronomer when he grew up. 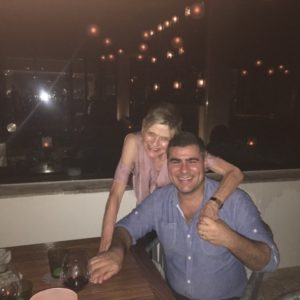 Somehow, however, Dennis Clark got diverted into dishwashing, presumably at the then-Ritz-Carlton Boston as then he joined the company, and Horst Schulze, in Buckhead. Oh there are so many colourful characters at ILTM Americas. One of the indispensible visitors is undoubtedly Alvaro Valeriani, who sells-and-markets South America and the Caribbean for Hyatt. His job gets more demanding every year. As well as Hyatt’s new all-inclusive brands, Zilara and Ziva, there are new properties in the more-traditional brands. I dined with Alvaro Valeriani at Grand Hyatt Playa del Carmen, a magnificent, imposing beach-set hotel designed by Sordo Madaleno, and next year we will be having our annual Malbec and ribeye diner-à-deux at Andaz Mayakoba, scheduled for opening this coming January. 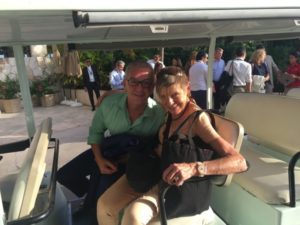 Glenn Carroll, who heads commerce for InterContinental Hotels Group IHG in Europe, was here stressing his new luxury InterContinental hotels. Among those coming up are Ljubljana, Lyon, Sofia, Tbilisi and Venice, all of which look distinctive, unique and incredibly stylish, rather like Glenn Carroll himself, who seemed to do his creative thinking at ILTM Americas swanning slowly round the Fairmont Mayakoba estate in a golf buggy. Interestingly, in a former life he taught, at university level, anatomy and physiology. Explaining things in mortuaries wore him down after a while, he has to admit. WANT TO HAVE SKIING EXPLAINED? SEE BELOW.