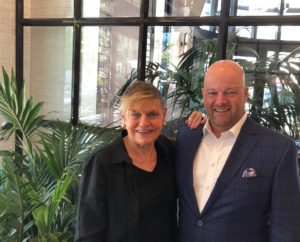 Preferred’s global gathering, April 30 to May 4, 2018, took place at The Pendry San Diego, which only opened February 2017.  Cleverly, the 12-floor building gives the impression of having been there for ever as it oozes the same aura of establishment as The Greenwich in New York.  Both hotels were, in fact, formerly open carparks.  In New York it took Robert de Niro and his pals to convert the open space to a luxury hotel.  Here in San Diego it was Robert Green, who had already developed what opened as Four Seasons Aviara, now Park Hyatt Aviara.  Mr Green turned to Mr (Alan) Fuerstman, brilliant conceptor of Montage Hotels & Resorts, and, with the help of Fuerstman’s son Michael, they developed a modern-luxury concept. 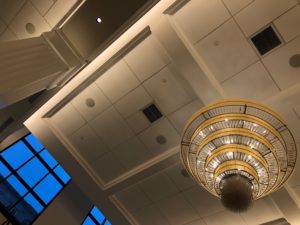 And it is lots of fun. As one of the videos below shows, Provisional Restaurant has the third Moët vending machine – the first was installed in Mandarin Oriental Las Vegas and I have yet to discover the second. Here the machine is called #CHAMPENDRY and yes, despite its $25 a-token cost it does extremely well, especially at brunches and special occasions.  Here, thanks to California laws, the machine has to be programmed not to work between two and seven, fortunately a.m. hours. If it had its way, Provisional could probably do good business 24/7 rather than its current 6.30 a.m. opening. It is an absolutely beautiful room with lots of different-height seating. 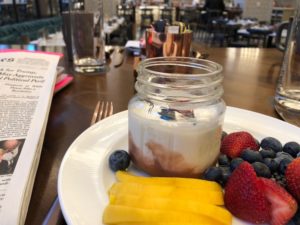 As always it is the highup chairs at long communal tables that sell best to singles, of whom there are always a lot when the hotel is in convention mode.  Being two blocks from San Diego’s convention centre means when there are events every hotel around is blocked out, but the Pendry itself seems to host back-to-back meetings. There are 317 rooms (smallest size 355 sq ft) and it is not unusual for the entire hotel to be bought out.  GM Michael O’Donohue, a former chef who last worked at W, has assembled the most charming team imaginable. 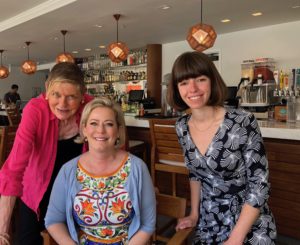 During the Preferred meeting, for instance, they opened Provisional at six and no-one seemed to mind at all coming in early – Michael O’Donohue says they will also stay late, for gala events and after-parties.  And when the sun comes out suddenly, it is all hands on deck to get the divine third-floor terrace pool (above) quickly ready for the rush.  I had an end-of-meeting lunch up there, poolside, with Preferred CEO Lindsey Ueberroth and her Communications guru Caroline Michaud and we all personalised our orders. No-one turned a hair.  And that is one indisputable sign of a luxury hotel for today. NOW SEE VIDEOS OF THE CHAMPAGNE VENDING, AND THEN ROOM 730