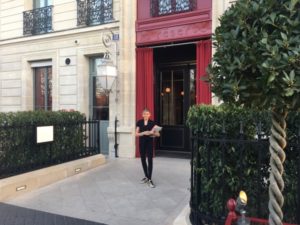 This was Pierre Cardin’s front door

How lovely to come into contact with a hidden secret and, like many others, fall in love with it straightaway. That is what Pierre Cardin did when he first saw the six-story house that the Duke of Morny had built in 1854. Morny, the illegitimate son of Hortense de Beauhamais, was Napoleon III’s half-brother and, after a successful career in finance his dandy pursuits took over, which included launching Deauville as a resort. The building is on avenue Gabriel, named for Ange-Jacques Gabriel, 1698-1782, King Louis XV’s architect who also created what is now place de la Concorde. Pierre Cardin used it as a showroom as well as a home, and from him it passed to Michel Reybier, who turned it, says the gal, into the luxury hotel it is today. 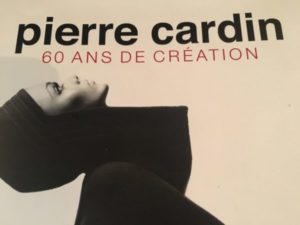 There are, well, thousands of books

Michel Reybier is a man of wide interests, heavily into healthcare as well as wine (his eight-bedroom villa at Cos d’Estournel can be rented, but only as a buy-out). He owns the VJ Collection, led by Hotel Victoria-Jungfrau in Interlaken, and he funded, and still partly owns, Mama Shelter, which coincidentally announced this very Monday, March 13th, 2017, its latest property, a conversion in Prague. And, of course, he has his own Réserve portfolio, in Geneva, in Ramatuelle and here, in Paris. The ground floor salons, where Pierre Cardin must have had his frocks on display, now form an interconnecting series of libraries, with walls filled ceiling high with real books, some leather bound, some, like an Assouline of Pierre Cardin, simply too heavy for any shelf. 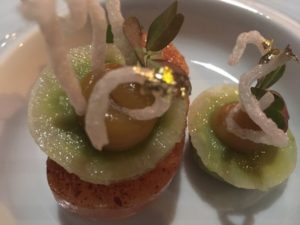 Jacques Garcia was brought in to decorate. He turned the basement wellness, which has a considerable pool, into a red lacquer retreat, its reception area highlighted by a pair of gold elephants, with howdahs on their backs – this is the logo on his Cos d’Estournel labels. There is a splendid 24/7 Technogym here, and a three-cabin spa, with Nescens products, as used by Professor Jacques Proust at the Grenolier Clinic for the Prevention of Ageing – I had a divine back massage that, thanks to soft piano music (other spas, please note) seemed to soothe away all the knots and pains. And then I went back up by 73 purple carpeted stairs from the lobby, to my gorgeous suite 304, looking over Théâtre Guignol des Champs Elysées, Laurent restaurant, and the Eiffel Tower – see the video below, though at time of shooting I had not discovered the two washrooms, Toto naturally, that Jacques Garciaw had hidden behind damask wallpaper. 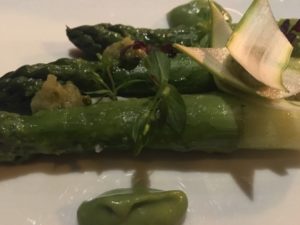 Evening-long there are locals in this luxury hotel’s salons, in the cigar room, in the bar, in the brasserie (where I was to have breakfast, à la carte only with birchermuesli amuse and choices that include a healthy avocado with gomasio, whole sesame seeds, roasted in hemp, with lemon, and Okinawa oils 3, 6, 9 to recover one’s omega balance (instead, they brought me a toast tasting, multi-grain rolls, and gluten-free). I had plenty of balance after my Michelin two-star dinner last night, in Le Gabriel. Chef Jérôme Banctel offers a set menu but we went à la carte, which included Norwegian salmon confit with miso, black radish and organic avocado, and green Provence asparagus with wasabi pistou and lemon zest cream: best-selling dessert, by the way, is a hilarious six inch-long coffee bean, formed of chocolate-dusted meringue and filled with birch syrup icecream. Le Réserve CEO Didier Le Calvez is sadly out of town today, but, with his right-hand person, Astrid de Vannoise, I smiled a lot, particularly when we toasted the owner of our glasses (Riedel of course) of Goulée by Cos d’Estournel 2013.  NOW SEE A SUITE, BELOW