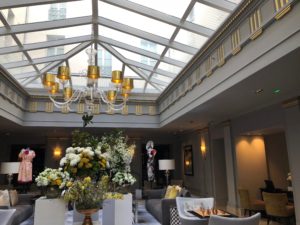 A certain Hotel Vouillemont on Paris’ rue Boissy d’Anglas has, in its long past, been a favourite of Empress Sissy of Austria and later of Jean Cocteau and the Surrealists. Its neighbour became headquarters of Marie-Claire magazine, but then the fashion magazine moved out and buildings were combined to form Sofitel Paris Le Faubourg. With interiors by Didier Gomez, this is a fashionista luxury hotel that delights as soon as you enter, to be greeted by mannequins, as above, and a lobby that is divinely whimsical. The gal was enchanted, as are many others. 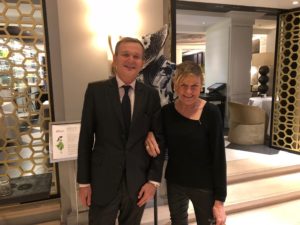 Vincent Arnaud, the GM, explains that being next to the US Embassy is a big plus as security around is ultra-tight. The location is superb: you are five minutes walk both to rue du Faubourg St-Honoré and, in the other direction, place de la Concorde, its monuments and its sensational 200-foot Roue de Paris Ferris Wheel. Vincent Arnaud has worked in many areas, especially the Middle East, and as a Frenchman he is thrilled to be back in Europe. The hotel’s restaurant, Blossom, is coming up to a year old and it is unlike anything else I have seen in town. It is separated from the lobby merely by a wood trellis and its outdoor terrace apparently is tables-full May through to September. 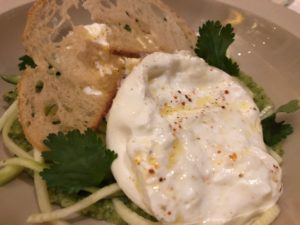 Obviously we ate inside at this time of year, and Alexandre Auger’s menu, strong in dairy- and gluten-free, is really appealing. I had a Michelangelo burrata with almond and basil pesto followed by a simple Irish Angus sirloin with the smaller of the offered ‘totally-green bowls’ suggested (this had avocado, cucumber, edamame, kale, pistachios and spinach). I also had divinely crisp fries. We talked sports, and how Accor, and this 147-room hotel, actively support buying land and building sportsfields for deprived urban youngsters. We also talked Virtuoso, which this characterful hotel joined only this year and yet it is already bring in two to three reservations at day. 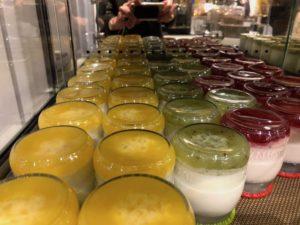 In the morning, by the way, Blossom becomes the canteen for senior executives on their way to work. CEOs and the artistic crowd take up every table, it seems, and the servers know them. For the really time-short, the buffet is set up in such a way that you can quickly get what you want (loved the way the yoghurts were set upside down so you can easily see which is which). I also, by the way, really enjoyed a ByJardin health drink, by Emile, which gave me all the apple, celery, citrus and spinach goodness to tide me over as I sadly left this luxury retreat, which has so much personality. NOW SEE THE LOBBY, AND THEN ROOM 428