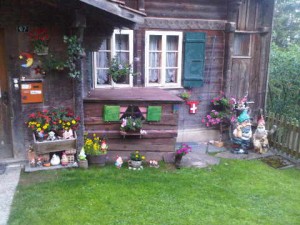 Gnomes and flowers, high above Gstaad

Amazing what one sees taking treks from luxury hotels.  Only a few minutes up from Island Shangri-La in Hong Kong you can be on Bowen Road.

Head out from Gstaad Palace and you find yourself on Wanderweg 37, the one that takes you up through hay-fields and into woods.

Along this track, the gal found there were gnomes galore, plastic ones, in all sizes.  And a variety of shapes. 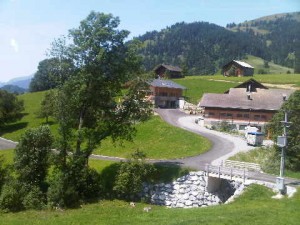 Not surprisingly the Swiss become very individualistic when they get to their chalets.  Some of them are old – the Gstaad Palace’s Walig Hut dates back to 1786.  There is a company called Chaletbau Matti, run by Daniel Matti, that recycles old chalets, or parts of them.

Want a chalet in your back yard?  Call the Matti family.  They can make one, with really old ‘parts’, beams of oak and pine that have already been used for generations.  In the past chalets could be mini-sized. Now, in Switzerland at least, there is a mandatory ceiling height of 2.3 metres, which might still be a bit difficult for Jeremy Lin and other basketball players. 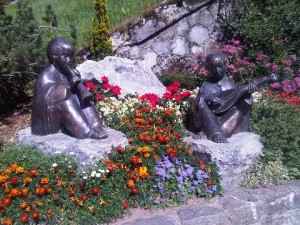 Outside your chalet, of course, you should have a gnome or two.  They need not be too obvious, tuck’em in among the geraniums.  Even downtown in upper-class Gstaad there are statues, though these made of metal rather than plastic. Gstaad is really rather quaint, with Chopard and designer clothing and masses of icecream and gluhwein counters, depending on the time of year. 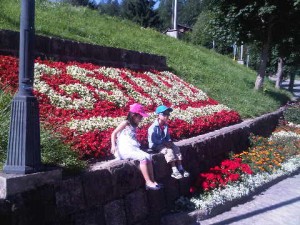 Come summer, the flowers are as immaculately tended as back in Geneva.  There are lots of Asian kids around now, with parents touring Switzerland to buy their Boucherer, Hublot and Patek Philippe varieties less expensively, they think, than back home in Beijing or Tokyo (or even Jakarta or Seoul). It is an expensive venture saving money on watches, though, by the time you build in the cost of the airline tickets and hotels, luxury or otherwise, and cups of green tea. 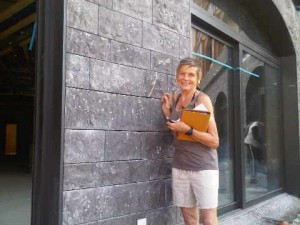 Gstaad Palace towers over the entire centre that is Gstaad.  Come December 1st, 2012, it will have a new little brother (or is a hotel feminine, in which case ‘sister’?).  That is the opening date of The Alpina Gstaad.

It has been on the build, so to speak, for some years, and the stated cost is now around 350 million Swiss francs.  Its 4.5-acre site will host residences, now nearly all sold, but there will also be a 56-room luxury hotel, the Alpina Gstaad, which will be a member of Preferred.  The materials are sensational.  Hand-cut blocks of Alpen Kalk river stone clad one outside wall. 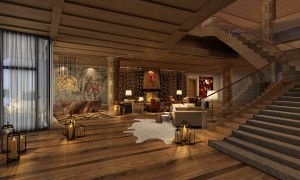 The two-floor lobby will be lined with old chalet wood, including a century-old painted ceiling

The entrance will be below ground.  You will therefore go into the lower level of a two-floor lobby that is completely lined, walls and ceiling, with recycled chalet bits – yes, the Matti family are hard at work here, among a total of 400 workers slaving away with commendable Swiss skill – to get the hotel ready for its grand opening party, 600 people on the first day of December.

Jaggi & Partner have designed the exterior, and much of the public areas. Right now, not surprisingly, a bit of imagination is needed.  I was lucky to tour the Six Senses spa, all 20,000 sq feet of it, with a 75-ft infinity pool (inside) and a room completely lined in Himalayan salt into which salt air is diffused, to help breathing and goodness knows what else. 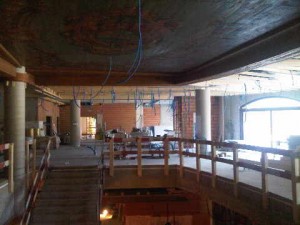 .. and the two-floor lobby, now

There is also an outdoor pool, in the Jean Mus-designed gardens. Oh yes, and, glory of glories, there will be a MEGU restaurant, like the one that is so fantastic near the UN headquarters in New York.

There will be a 14-seat screening room, and so much else.  The signature ‘room’, by the way, is the two-floor Panorama Suite up on the rooftop. Downstairs has a real-wood working fire: upstairs is a private spa, and a third bedroom, and this whole caboosh is already booked by a southern (not South) African party for four nights, sight unseen.  Interesting who has money these days. 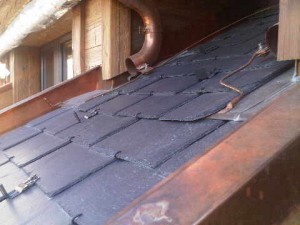 Roof detail at the Alpina Gstaad

But they will find a quality product, run by Nik Leuenberger, long-time Peninsula, with the help of former Peninsula boss Onno Poortier and his wife Alexa.  I was intrigued, for instance, by the quality of the roofing, with little pegs to stop snow falling down, and piping that is almost artistic. 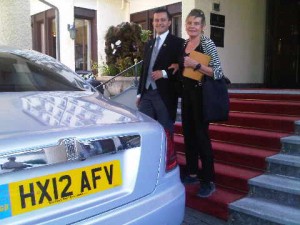 Leaving Gstaad Palace for the next place...

And with that the gal was on her way. Back at the so-established, so-lovely Gstaad Palace, the concierge team was ready, as was the car.  The Porsche (Rimowa version) and its owner got into the Rolls – and rolled silently down the hill to the rail station.