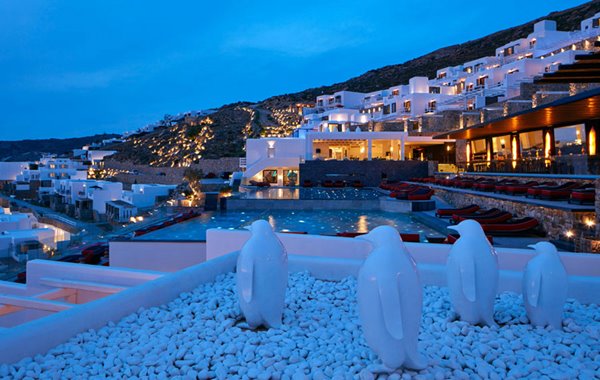 Greek luxury hotelier Myconian Collection is set to add a 10th property to its Mykonos stable in 2019. In Sydney last week to meet with trade and media, the boutique hotelier’s President & CEO, Vangelis Daktylidis, said the new addition will, like all its sister properties, be part of a global hotel collective.

The family-owned and -operated Myconian Collection has a strong presence in three main tourist areas of the Greek Island it calls home. They are Elia Beach, Mykonos Town and Platis Gialos.

All nine existing hotels are classified as five-star and have their own distinct traits. Five properties – Royal, Imperial, Avaton, Utopia and Villa Collection – are located on picturesque hillside overlooking Elia Beach. Three properties – Naia, Korali and Kyma – are in the island’s town centre, and one – Ambassador – is in Platis Gialos.

Daktylidis told LATTE he was “extremely proud” that each of the Myconian Collection are members of different affiliations. Those collections include Design Hotels, Relais & Chateaux, Preferred Hotel Group and Leading Hotels of the World. 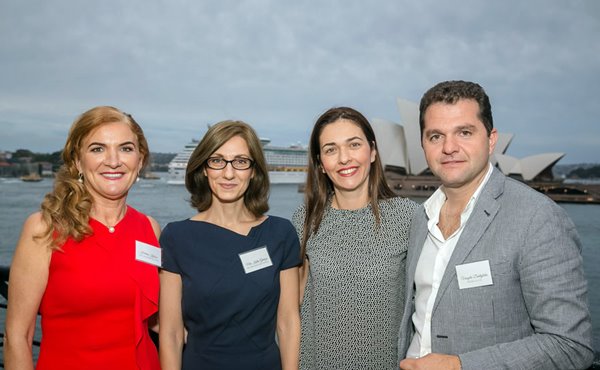 In May, Myconian Collection will add Small Luxury Hotels of the World to the fold when Panoptis debuts; the abandoned fisherman’s home is currently being overhauled into a nine-bedroom villa. Sitting on the crest of a hilltop, not far from its five sister properties at Elia Beach, Panoptis will offer 360-degree views of Mykonos. Comparable in feel to an Aman or Six Senses resort, each bedroom will have its own private pool and can be rented individually, or, Panoptis can be taken as sole-use.

“We have almost everyone on board. The only one missing is American Express’ Fine Hotels & Resorts,” Myconian Villa Collection General Manager, Anastasios Naoum told LATTE.

“It’s important to be represented in each of those groups because the networks open up new possibilities and opportunities. They show you the world. The networks are usually more advanced in the USA, except for Traveller Made which has a strong footing in Europe. All these networks help us a lot,” Naoum said.

Daktylidis said Mykonos had seen a marked increase in Australian visitors in recent years, particularly more so through the introduction of Qatar Airways’ direst service from Doha to Mykonos which launched in May this year. Americans and Brits are the top two international markets entering Mykonos, with Australia hovering around the top five source markets.

Myconian Collection’s five properties in Elia Beach are neighbours and appear to be one big resort, but each has its own lobby, unique feel, different pool and different restaurants (of which there are 15 in total).

The Royal (Leading Hotels of the World) has 140 rooms has a slight jungle feel. 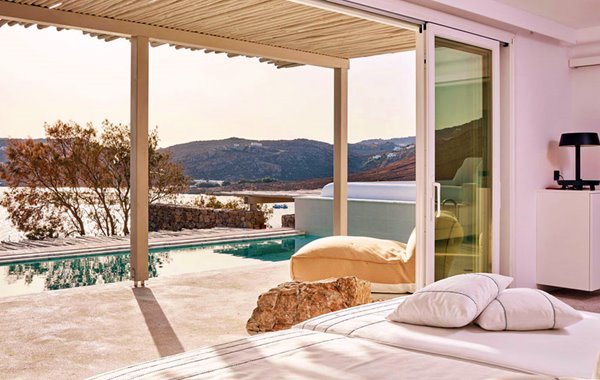 Next door is the Imperial (Leading Hotels of the World) with an understated French feel, and more targeted towards families with a kids’ club and child-friendly rooms. 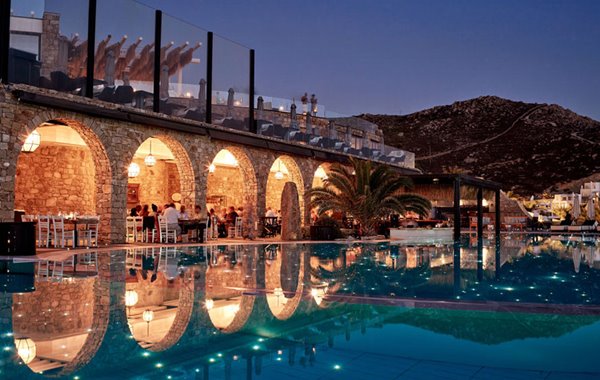 Up the hill is a Villa Collection (Preferred Hotel Collection) featuring private villas ranging from one to six bedrooms (Super Paradise), with the advantage of having the neighbouring hotel services. The property is in the process of testing a new waterproof velvet material for the sun lounges that surround the pool. 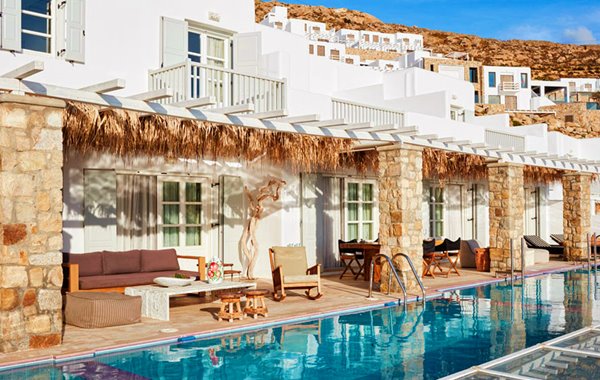 Utopia (Relais & Chateaux) is a smaller-scale property with a ‘Boho’, organic feel and just 37 keys. 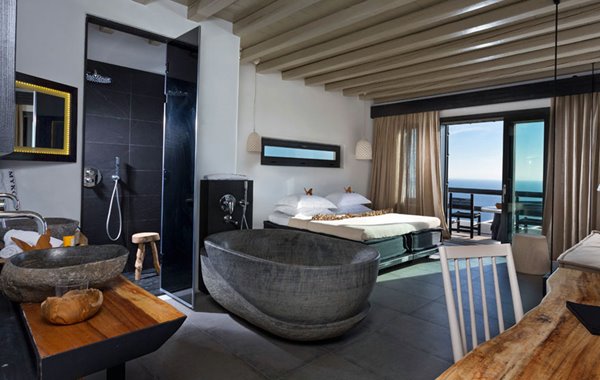 Further up the hill is the Avaton (Design Hotels). It features 85 suites and villas and has a quirky, vibrant feel, accented with a red theme and pitched towards a younger clientele, featuring a poolside live DJ. 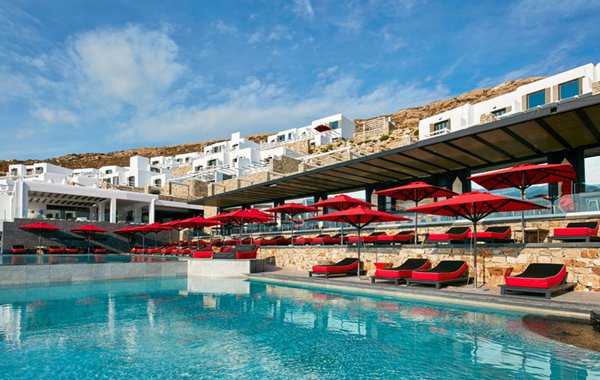 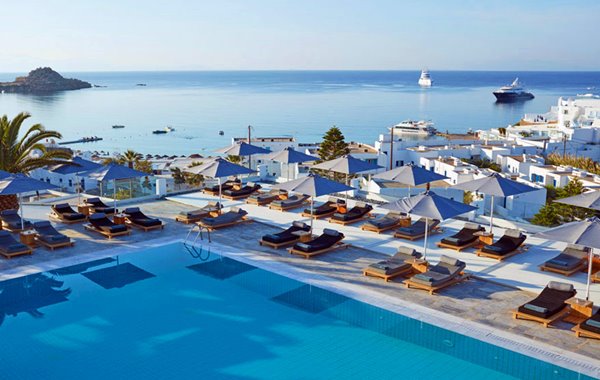 Mykonos Town is more suited to a younger audience and is 10 minutes from the heart of the town. It’s from here visitors can also see the iconic windmills of Mykonos. Each of the properties are within walking distance of one another, with the differences being the feel of the lobby and the colour scheme.

Korali (Relaix & Chateaux) is perched on the hills above the harbour and offers deep plunge pools. 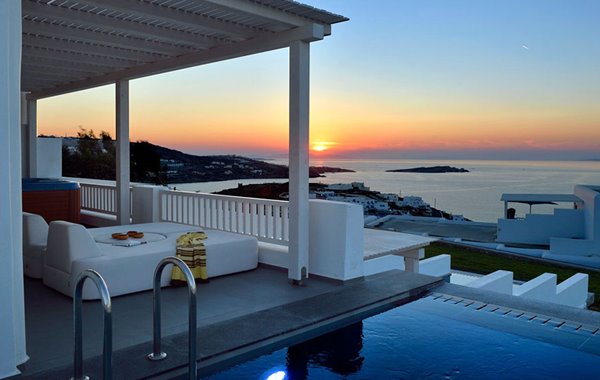 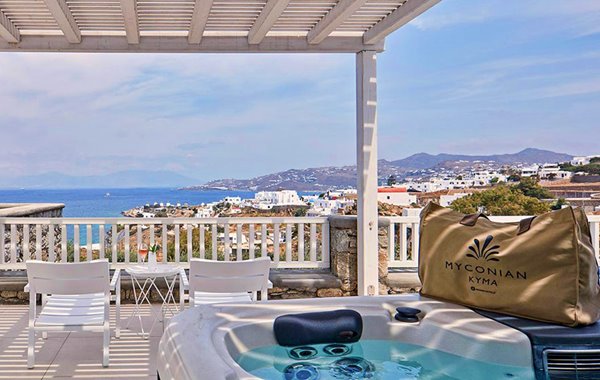 And there is the suite-only Naia (Preferred Hotels). It is Myconian Collection’s only adults-only, boutique property. 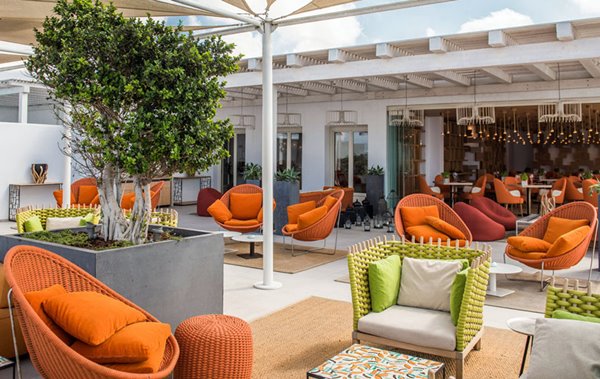 Aside from hotel reservations Myconian Collection can assist clients with ferry bookings and off-site restaurant booking.

The trade remains a key element of the group’s business, Naoum told LATTE.

“We want to support everybody. We have a large inventory of rooms. We have approximately 900 rooms across nine hotels, so obviously we need to have support by the trade. We have always been very supportive of travel agents and tour operators and in times when Mykonos was in a transition period, they were on our side and helped us to recover, and we’ll never forget that.”

Myconian Collection’s properties are now closed for the off season and will reopen their doors progressively from mid-April to the first week of May.