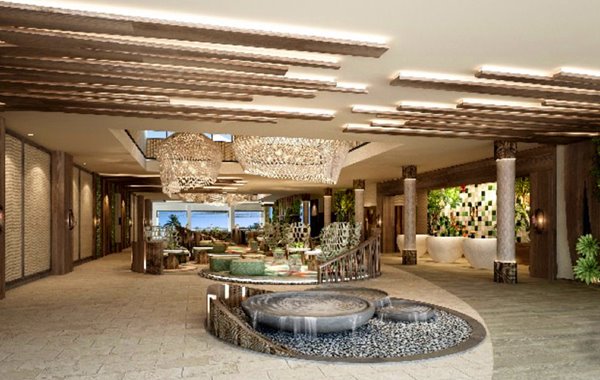 Rendering of the refurbished lobby at Sofitel Fiji Resort & Spa

Work will see the footprint of the Waitui Beach Club increased to include a new arrival experience, check-in and lobby, an additional two dozen beach cabanas installed, new rustic beach-feel cocktail bar, covered dining space for up to 40 guests and complimentary boat house facilities for club guests. The Waitui Beach Club restaurant will also be refreshed during the project. 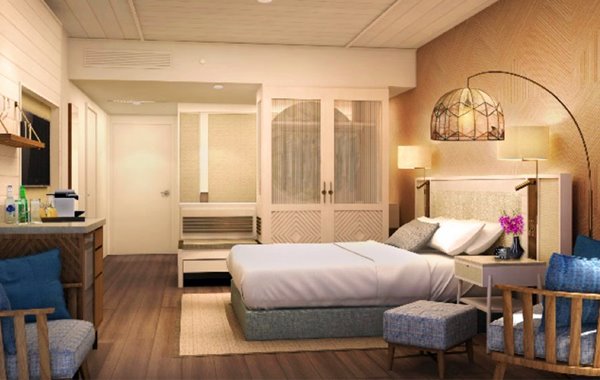 Renderings of the refurbished rooms at Sofitel Fiji Resort & Spa

The fully refurbished and extended beach club and one of the two room blocks being renovated will return to hotel inventory from 30 March 2019.

Sofitel Fiji Resort and Spa will also upgrade its Luxury Rooms between April and June next year, while Superior and Family rooms will follow in subsequent months.

Other elements of the refurbishment include the upgrade of all five restaurants and four bars. Sofitel Fiji Resort’s primary restaurant Lagoon will be overhauled to a fully interactive experience for breakfast and dinner.

Among other dining changes, the beach restaurant, Salt, will be transformed into a Mediterranean inspired feel and a new beach bar, to be called Rum Shak, will serve over 150 rums and dishing up Fijian tapas.

A new offering for children will see the development of an “Adolescent Zone” and a Waitui Beach Club for Kids.