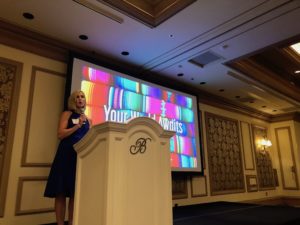 The essence of Virtuoso Travel Week, and why over-6,000 were drawn to Las Vegas this month, is networking between suppliers, including many of Virtuoso’s 1,300 luxury hotels, and travel advisors (there were 2,999 of Virtuoso’s total complement of 17,500, in 50 countries, attending). For four mornings, Monday through Thursday, there were four-minute, sic, speed dating sessions – see above.  Afternoons allow more-leisurely ten-minute appointments. Advisors stay put. Suppliers move, led from one large room to another by Japanese-tourist-type guides holding signs up high.  Media, meanwhile, had their own shortened programme, which did introduce them, thanks to media organiser Misty Ewing, to speed dating but also allowed interaction with a fascinating panel of younger-gen advisors from Canada, USA, UK and Australia (all stressed the value of a memory of a hotel GM bothering to say hello, personally, to a hotel guest). 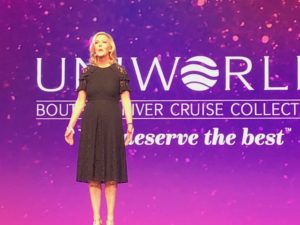 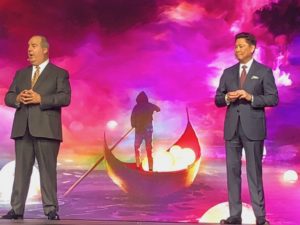 Tuesday was a free night, with so many cocktails it was impossible to get to even those that did send an invitation (sorry, Peninsula, I was detained at Jack Ezon’s celebrated round-table on the future of luxury travel). ILTM, as always, hosted an outside party – drink masses of water, folks – poolside. Wednesday’s hotels dinner was sponsored by Paris Four Seasons George V. The Grand Ballroom was transformed (was it true the ‘look’ was thought up by former GM Jose Silva, a would-be architect who, for tonight, had designed walls of video-roses, plus all 350 tables had real floral art by Jeff Leatham, who had also built ceiling-hung bowers?). 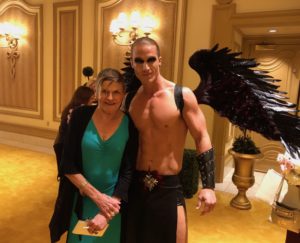 The 2,000 diners were there to dine magnificently, network, and see two Italian legends honoured, GM of the year Patrizio Cipollini, Four Seasons Hotel Firenze, and Ambassador of the year, Andrea Filippi, who heads global sales for Belmond.  Other awards went to Adare Manor, Limerick; Hotel de Crillon, a Rosewood Hotel, Paris; BodyHoliday, Saint Lucia; Rock Creek Ranch, Philipsburg MT; Meadowood, St Helena CA; The Silo, Cape Town; Brown’s Hotel, London, and Six Senses Douro Valley. At all these main events, by the way, Virtuoso lays on spectacular ‘shows’, working not only the forward stage but also a raised dais in the middle of the room, and the performers seem increasingly happy to interact with the audience throughout, and sometimes after the show.  Virtuoso’s own Matthew Upchurch and Albert Herrera are also integrated into the on-stage performances, although not necessarily the most demanding dance routines. Well, this IS Las Vegas, and this IS Virtuoso, which constantly stresses ‘best of the best’. NOW SEE VIDEOS FROM A CELEBRITY PRESENTATION AND THE HOTELS DINNER