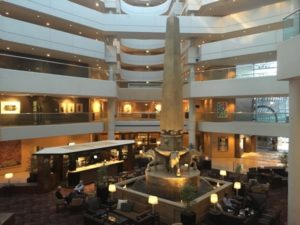 The memorable lobby, with obelisk

It is interesting, says the gal, to experience Hyatt’s three senior brands in quick succession. In order, Park Hyatt Sydney, Grand Hyatt Melbourne and Hyatt Regency Perth are outstanding representatives of three luxury hotel brands, related but, as in any human family, unique. Park Hyatt had no club lounge – it could be said that the entire hotel is one private club, and anyone paying full rate gets breakfast included. When it comes to bathroom toiletries, Park Hyatt gives Le Labo, Grand Hyatt uses June Jacobs and at Hyatt Regency, if anything the most casual and comfortable of the three luxury hotel brands, it is Pharmacopia, a citrus concept out of California. 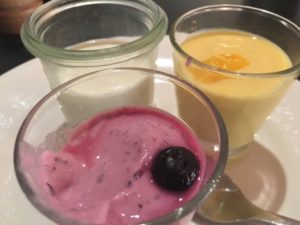 The 360-room Hyatt Regency Perth, which opened in 1987 as the Merlin (Hyatt came in two years later) is owned, like Grand Hyatt Melbourne, by Grand Hotel Company, part of Tuan Sing Holdings out of Singapore. It is home-away-from-home for many guests – one lives in permanently, several are long-stay and in all 50% are regulars. Many non hotel guests are also regulars, making good use of the hotel’s restaurants. There is an Asian restaurant, Joe’s Oriental Diner, which is really popular with Aussies as well as the enormous numbers of Asian students studying in Perth: many of the new apartment blocks around the hotel have made good money selling apartments to Asians whose student children thus have more comfortable digs. 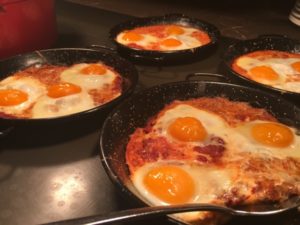 I was really impressed by the buffets in the lobby’s day-long Café. It has three buffet stations, one a long counter with a working kitchen behind, one a four-sided bar, and one a four-sided glass-topped servery. At breakfast I had a tasting of home-made yoghurts, all excellent, and there was plenty of fruit. The hot counter included a carved-for-you whole gammon, and platters of help-yourself corned beef hash. Another real Aussie necessity was a jar of Macabella macadamia spread, next to lashings of whipped cream presumably to go with it – and of course there was a big jar of Vegemite. At lunch and dinner the buffets are equally popular, with two carveries (I had a week’s supply of superb roast beef at dinner, which went marvellously with a local wine, Gale Road 2014 Cabernet Merlot Margaret River). 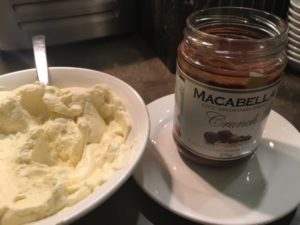 Macabella spread, and lots of cream

This comfortable luxury hotel is only one block from Langley Park, itself one block deep alongside Swan River. As a change from using the hotel’s 24/7 gym, I did a power walk along the Riverside Drive, which at some times is dotted with semi-professional cyclists strutting their latest lycras (thoughtfully, the hotel has a quartet of rent-a-bikes right outside its front door). Yes, cycling is big in Perth – SEE THE VIDEO BELOW. Next visit I will definitely cycle, rather than walk, to see more of this city, and its developments, especially by the ferry terminal. The centre, around St George’s Cathedral, has already been brilliantly brought up to date, and now it is time to go and have a look at that…