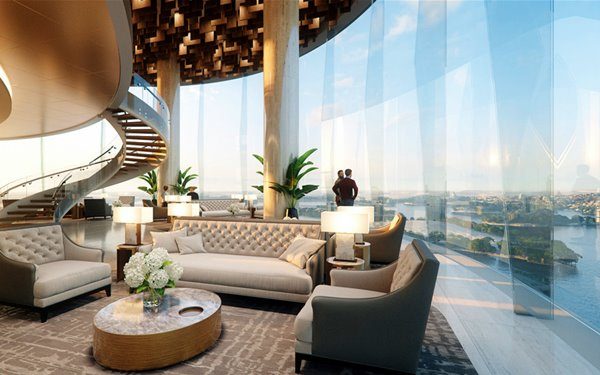 Marriott International has formally put forward its case for the development of The Ritz-Carlton Sydney, with an executive from the group saying the NSW capital’s current offering in the luxury space is “weak”.

The comments follow last month’s opposition to the project by the NSW Department of Planning. It backed feedback and complaints that the scale of the 237 metre, 61-level tower wasn’t compatible with the Pyrmont precinct. The 220-room Ritz-Carlton hotel and 200 residence project is being bank-rolled by the Star Entertainment Group and Far East Consortium. 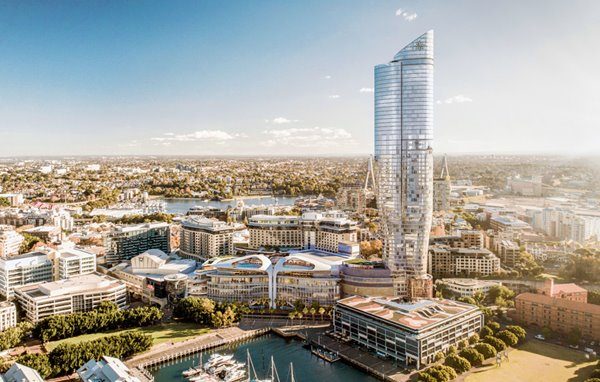 Addressing the IPC last week, Ryde said Marriott International is the world’s largest hotel operator, with over 7,000 hotels across 31 brands.

He said securing a luxury hotel development at the level Ritz-Carlton desires in Sydney is “really tough”.

“We’re incredibly selective. We turn away more deals that are put to us than we actually sign with Ritz-Carlton globally … We’re more selective with Ritz-Carlton than we are with any of our other luxury brands, and I think that’s one of the reasons why we, as a brand, are so passionate about this particular development.” 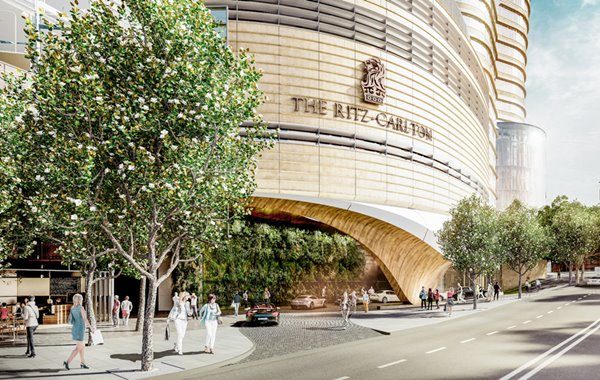 “It ticks the boxes. It’s a group of partners that are delivering for us as a brand – an iconic piece of architecture, a hotel that delivers against our very, very stringent and detailed standards, and an incredible location.”

Ryde told the Independent Planning Commission that Marriott lacks luxury hotels in Australia, highlighting that the W Brisbane that opened last year was the group’s first luxury property in this market.

We’re slowly coming back in as economics of scale work for us in this country. It’s another reason why Ritz-Carlton in Sydney is so important for us. Existing luxury product in Sydney – we’ve done our competitor analysis – is weak. It’s dated, it’s tired, and it’s not keeping up with luxury strategies globally, and that’s something we are really pushing into Ritz-Carlton as we develop this product in Sydney. We firmly believe that Ritz-Carlton will deliver incremental luxury customers to this city.”

Ryde highlighted Ritz-Carlton’s growth in China where the brand has 13 properties already open and another dozen in the pipeline.

“China is the number one inbound market into this country and the type of Chinese customer that the brand brings in is important for the economy.

“We think it’s time for an iconic Ritz-Carlton Sydney to join the ranks of global hotels, like Ritz-Carlton New York on Central Park South, the Ritz-Carlton Shanghai Pudong which, year after year, wins best hotel – best luxury hotel in Asia. 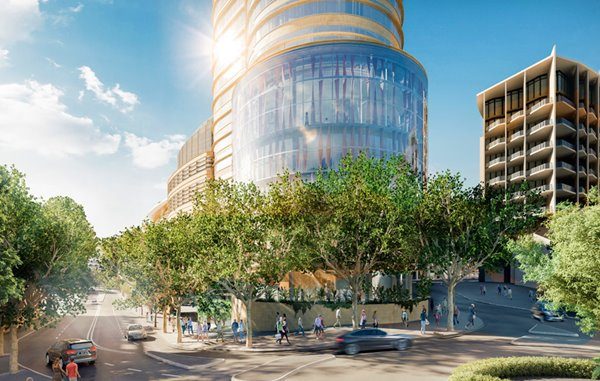 “We believe that delivering – this hotel will deliver Sydney’s finest aspirational luxury experience, but more importantly, another reason to believe for luxury customers who are looking at coming to this extraordinary city.”

In the past week, NSW Premier Gladys Berejiklian stepped in on the decision making process, calling for the Greater Sydney Commission to submit a review on the future of the “western gateway to the Sydney CBD”, now known as the Western Harbour precinct and Pyrmont peninsula.

In a letter to the Greater Sydney Commission (GSC), NSW Minister for Planning and Public Spaces Rob Stokes called for an urgent independent review of the planning framework for the Western Harbour precinct.

Stokes requested that the GSC studies, among other matters, “the appropriateness of existing development standards to deliver the Government’s vision for a vibrant mixed use precinct given its proximity to global Sydney’s CBD”, as well as the integration of significant projects planned and underway within the Pyrmont precinct. The Minister requested the report be filed no later than the end of September 2019.

The NSW Independent Planning Commission is holding a public meeting to discuss the future of the project on Tuesday 27 August, 2019.

“The Star continues to push on with its plans for a $500 million plus development which would deliver significant tourism, economic and community benefits. We look forward to the meeting next week,” a spokesperson for The Star told LATTE.