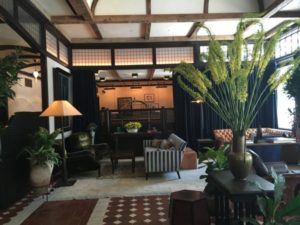 New York’s Greenwich Hotel – named because it is on the corner of Greenwich and North Moore, way down in Tribeca – is truly unique. Where else, for instance, do you look out of your hotel window and across a lovely courtyard at an enormous James Dean? It is a photo montage by French self-styled urban artivist JR (Jean René). Where else does an eight-floor brick building look plausibily 1930s, and yet until less than ten years ago this space was merely a car park? Then Robert De Niro bought the land, brought in investors and developers, who all told Grayling Design they wanted a 1930s-look hotel, and that is what you have. A succession of lobby and library rooms, flowing out into the courtyard, give this old-world feel. 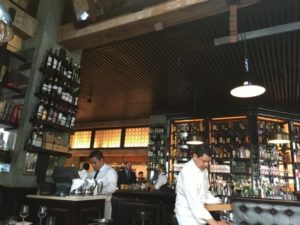 My bedroom, 416, had wide distressed wood flooring, with subtle mats on top, and I loved its light-tan, really-floppy three-seat sofa – see the video below, for more. The bathroom is all marbled, with tiny tiles rather than big satiny-swathes, and the old-fashioned tub is really deep (some of the 88 rooms have working fireplaces, and the most coveted room of all is the rooftop penthouse, taken last night by such a household name that despite the fact this hotel bravely does not do social media there was a line-up of paparazzi outside. I would have loved to have spent more time in my room, but I needed to head down to the restaurant, Locanda Verde. 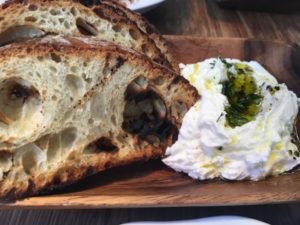 Fitting in so well with the hotel itself, Locanda Verde is a bar-bistro-lounge that flows to the Greenwich Street sidewalk as well as wherever you want in the hotel – you can eat in the lobby lounge, in the library (where I breakfasted, right next to a big, blazing log fire) or outside in the courtyard. It is Locanda Verde staff, too, who deliver room service orders. My lunch was outstanding. We shared a mixed-beets salad, and a yummy créme fraîche mousse with olive oil and rustic breads, and then I went on to good old-fashioned roast chicken. I was with Philip Truelove, the hotel GM who is a perennially-young father figure to all the genuinely authentic under-28s who work here (he makes a point of not appointing new hires who have hotel-school culture). 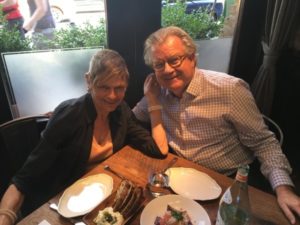 Actually everything about this luxury hotel is memorable, and many features are unique. On arrival, I was given a card that announced continental breakfast was included but if I wanted something else, here was a $25 voucher. The basement swimming pool and the adjacent gym, with its all-black equipment, use up acres of recycled wood, and ooze schoolday memories of the Brideshead or Harry Potter eras. Today’s weather, instead of being printed on small cards, is simply written on a blackboard on the wall by the elevator lobby. And, of course, I had the all-too-rare, alas, pleasure of being able to open my two pairs of French windows, wide – all the better to see James Dean. NOW SEE THE VIDEO, BELOW